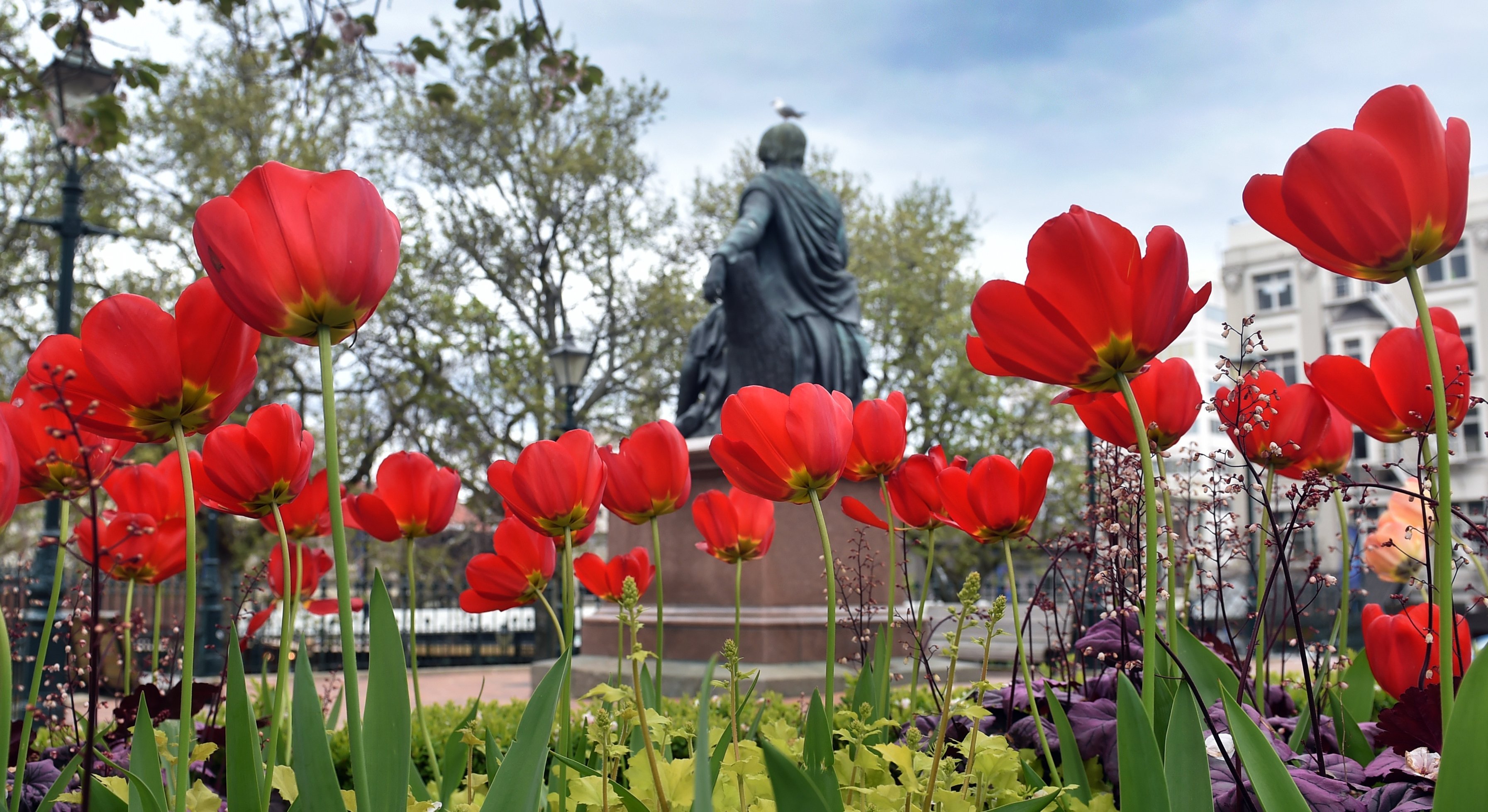 Dunedin’s bronze statue of Robert Burns, who in verse declared his love to be like a red, red rose, is instead flanked by a blooming bed of ruby-tinted tulips in the Octagon. PHOTO: PETER MCINTOSH
Outdoor activities planned for Labour Weekend would be best completed by Saturday, unless you like getting wet.

The upside is, the three-day weekend will be very warm.

MetService meteorologist Lewis Ferris said temperatures for many places across the southern region would be in the low 20s, thanks to warm winds coming down from the north.

‘‘The weather system that is going to affect the southern region over the weekend is a low pressure system with a front that is approaching from northern parts of the Tasman Sea,’’ he said.

‘‘At this point, it looks like Saturday will remain dry, but there will be a period of rain on Sunday.’’

Mr Ferris said at the moment forecasting suggested more rain was expected for Monday, but that was ‘‘not set in stone yet’’.

He said the forecasting models were not unanimous, with some saying there would be rain, and others saying there may not be.

‘‘Looking at Monday, there’s just a little bit of a disagreement of what comes after that band of rain on Sunday.

‘‘There is the potential that you will see another period of wet weather, but I would say that one is less locked-in at this point.’’

Mr Ferris said the closer we moved to Monday, the more accurate the forecast would be. 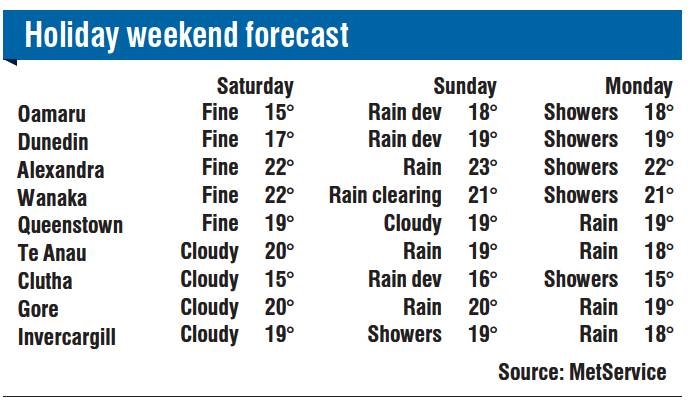