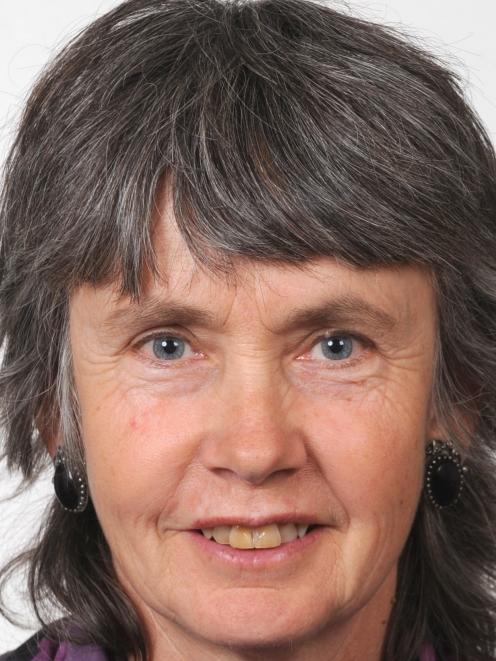 Geraldine Tait
A Waitati landowner who wants to subdivide his property, despite concerns about flooding, says he would waive any right to sue the Dunedin City Council should disaster strike.

However, the development has been rejected by members of the Blueskin Baywatch group, as spokeswoman Geraldine Tait warned the village had already been subdivided ''to within an inch of its life''.

Mark Thom, of Invermark Investments Ltd, has applied to the Dunedin City Council for consent to subdivide 16ha of rural land at 13 McLachlan St, between existing Waitati homes and nearby Blueskin Bay.

The subdivision would create four new rural residential sites, each between 1.5ha and 2ha in size, for three new homes and one existing home.

All four homes would be on higher ground to the southwest of the site, close to existing homes and away from the worst of any flooding risk, it was claimed.

The remaining land, closest to Blueskin Bay, would not be built on, and could be included in a reserve offered to the council.

29 opposed, two in support and two neutral, although one supporting submission was withdrawn at the beginning of yesterday's hearing.

Submitters worried about the risk of flooding, inundation from a tsunami or sea-level rise, as well as the impact on birdlife, archaeological sites and the loss of rural amenity.

The council's consultant engineer, Lee Paterson, of MWH, had earlier concluded the site fell within the Waitati River's secondary flow path, and had flooded during a 2006 downpour.

Council planner Lianne Darby had also recommend consent be declined, in part due to the ''real and ongoing risk'' of inundation.

Despite that, conditions attached to the consent could include minimum floor levels to protect against flooding, Mr Cubitt said.

In addition, he suggested a covenant attached to property titles that prevented the consent holder, Mr Thom, from publicly complaining or suing the council for negligence if flooding struck, he said.

The suggestion prompted Mr Paterson to warn the move could scare off insurers.

''That will almost certainly result in an uninsurable issue for the person who buys that title,'' he said.

She warned against allowing the subdivision, citing the stresses for humans in any flood, and also worried about damage to the township's rural ambience.

''Blueskin Bay has been subdivided to within an inch of its life.

''This is another assault on our small, rural village. There's concern about that,'' she said.

The group's submission was based on the views of about 40 people who attended an earlier public meeting to discuss the development, she said.

Mr Thom remained confident the addition of three new homes - next to an existing residential area - would not hurt birdlife, the rural ambience, or archaeological sites, most of which were already gone.

However, mention of the site's history as a former market garden site prompted another warning from council senior planner Campbell Thomson, who said soil tests might be needed to check for contamination.

Yesterday's hearing began in unusual circumstances, when Mr Paterson, of MWH, was forced to deny a conflict of interest.

He had reviewed the consent application for the council, and concluded it should be rejected, but it emerged yesterday Mr Paterson was also the secretary of Blueskin Baywatch, which opposed the development.

Mr Cubitt told the hearing he did not doubt Mr Paterson's integrity, but believed his recommendations should carry less weight as a result.

''Professionals in that capacity should pretty much make that declaration early on, and shouldn't be involved in it at all.''

Mr Paterson said he had not contributed to the Blueskin Baywatch submission, and his work for MWH was peer-reviewed anyway, making it ''truly independent and professional advice''.

The hearing adjourned yesterday afternoon. Committee members would conduct a site visit next week, before deciding whether further information was needed.

Mr Cubitt would then give closing arguments, possibly in writing, before a decision was issued.