Learning from the burning 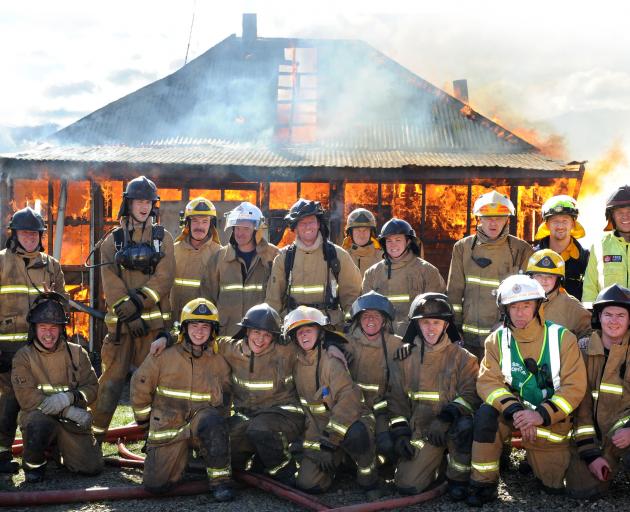 Volunteer firefighters from the Waitati, Port Chalmers, Ravensbourne and Waikouaiti stations and five fire trainers gather for a photograph after a controlled burn exercise at a Waitati house on Saturday. Photo: Christine O'Connor.
A century-old cottage burned to the ground in Waitati on Saturday, while firefighters and locals alike revelled in the spectacle.

Waitati Chief Fire Officer Jeff Burrow said the Opeke cottage owner offered the Fire Service the chance to set the  ablaze as house fire practice before a new home was built on the property. 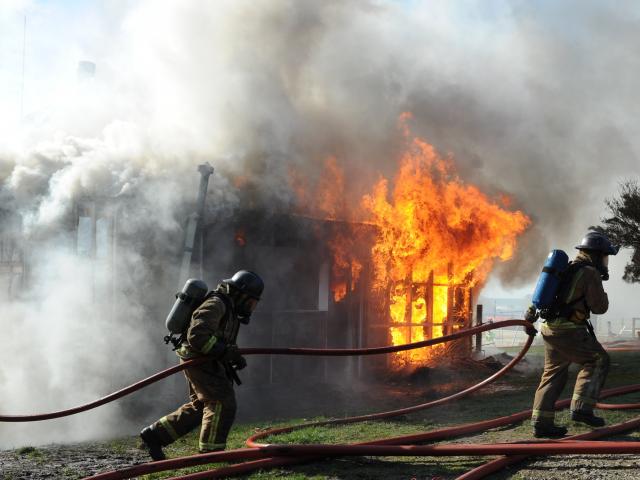 About 20 volunteer firefighters from the Waitati, Port Chalmers, Ravensbourne and Waikouaiti stations, and five trainer firefighters burned down the former family home, one room at a time.

Mr Burrow said the offer was one the crews could not pass up.

"It is the best training we can do with our crew because it is the most real-life situation, without it being a real house fire."

The cottage was loaded with old furniture which was highly flammable, he said.

"Couches can amount to about 10 litres of petrol."

Firefighters spent about 30  minutes at a time inside the house in extreme  temperatures.

Waitati volunteer fire brigade firefighter Keppel Kooman said the fire was the best preparation he had got for a real emergency since joining the brigade last November.

As plumes of black smoke spilled from the house about 30 locals gathered, some with glasses of wine and camp chairs, to watch the fire.

Zaylie Brook said she lived in the cottage with her partner and three children, including her youngest child who was born there, until a month ago.

Watching her former home burn was surreal rather than sad, she said.

Before the training exercise, Waitati band Kill Martha filmed a music video inside the cottage.

Band member Sas Peppercorn said footage of the house burning  would be included in the video.