Legality of eviction considered by police 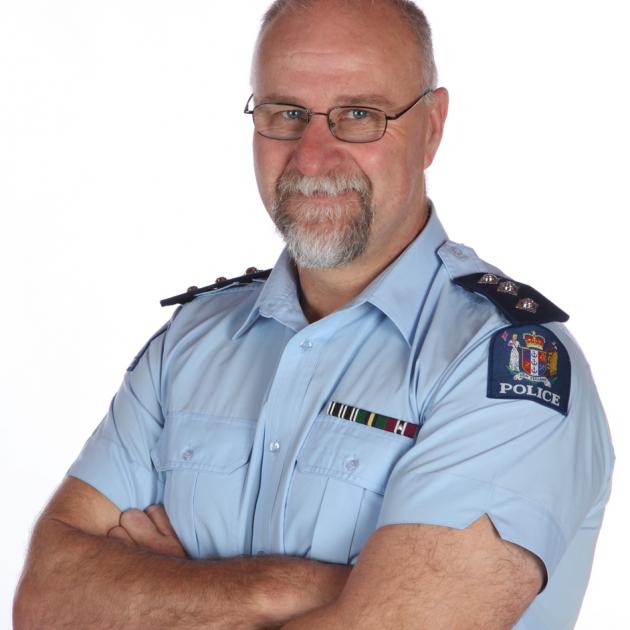 Inspector Greg Sparrow.
Police are considering their legal options with regard to Occupy Dunedin, while group members maintain they are not trespassing or camping but exercising their right to protest peacefully.

The group, which has been at the site since October 15, was issued with a trespass notice from Dunedin City Council representatives on Tuesday afternoon, ordering it to cease camping in the Octagon by 8pm that day.

However, that deadline lapsed without incident, police saying the issue required careful consideration.

Dunedin-Clutha area commander Inspector Greg Sparrow said yesterday police were considering their legal position, and "any power to trespass people protesting in a public place must be exercised reasonably and balance rights and freedoms".

"We understand the wider community's frustration and recognise the competing interests who use this space. However, we live in a democracy, and we need to be sure that any power to trespass people protesting in a public space is exercised reasonably and lawfully."

There may not be sufficient basis to arrest and charge anyone with offences under the Trespass Act, and police were considering each issue, he said.

A spokesman for Occupy Dunedin, Kieran Trass, said the group had little time to consider its options in relation to the trespass notice.

"However, after seeking legal advice we decided to stand our ground and occupy the Octagon. We are neither trespassing nor merely camping; we are exercising our human rights to peacefully assemble and protest, as affirmed in the New Zealand Bill of Rights."

He confirmed the group would hold its first public march at 11.11am on Saturday, November 5, starting from the Octagon.

The group empathised with those frustrated by the protest, and "we invite all to come and share their concerns, and happily respond to all who do so peacefully", Mr Trass said.

One person had spent an hour highlighting concerns on Tuesday night, but left giving the group a $50 donation.

"We have found that many people similarly change their minds given the opportunity to rationally discuss their concerns and our cause with us."

New Zealand Council of Civil Liberties spokesman Batch Hales said the council was "likely to lose this battle", and it would be embarrassing if police got involved in the situation.

"If they do get arrested, you might find a much bigger group going back there this week."

• Police were called to the Octagon at 9.30pm on Tuesday after reports one of the occupiers had been assaulted, Senior Sergeant Brian Benn said.

It appeared the man, who had earlier attended Melbourne Cup celebrations at Wingatui, decided to "remove the protesters himself".

The Dunedin man began pulling out tent pegs, before head-butting a member of the group, Snr Sgt Benn said.

Alcohol was believed to have been a factor.

A 49-year-old IT professional was charged with common assault and was expected to appear in the Dunedin District Court next week.

The man allegedly assaulted, Andrew Tait, said he did not sustain any injuries and did not want the man charged.

"He was upset and not thinking straight."