Lessons for today in fate of Mayan civilisation 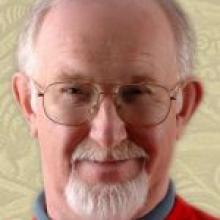 Prof Hammond, an Emeritus professor of archaeology at Boston University and an archaeology correspondent for The Times newspaper, was in Dunedin this week to give the latest in a national lecture series on "The Mysterious Maya: an ancient American Civilisation".

The New Zealand Aronui Lecture Series was established by the Royal Society of New Zealand to stimulate "cross-disciplinary dialogue".

Society officials said lecture venues had been packed throughout the country. Asked why the talks had been so popular, Prof Hammond said there were many appealing aspects of the Mayan civilisation, which operated amid tropical forest in Central America and Yucatan from about 300BC to 900 AD.

The Maya had created one of the New World's "most surprising and accomplished civilisations".

"Over a period of 2500 years, ending with the Spanish Conquest in the 16th century, they moved from simple villages of maize farmers to great cities with impressive temples and palaces, adorned with sculptures and paintings praising their divine kings," he noted in a summary of his lecture.

There were also significant intellectual achievements, including the Great Cycle of the Maya calendar, due to end on December 23 next year.

Most of the cities were abandoned, afflicted by overpopulation, warfare and drought, by 900AD, but Mayan culture, and the Maya people, had survived into the 21st century, he said.

Asked what lessons could be learned, he said that as Mayan cities had multiplied, increasingly intense pressure had been applied to a vulnerable environment.

"The big thing is that our environment is fragile."

Concerns about climate change and the need to live more sustainably should not be brushed aside, he said.

"The warnings we are given need to be taken seriously."