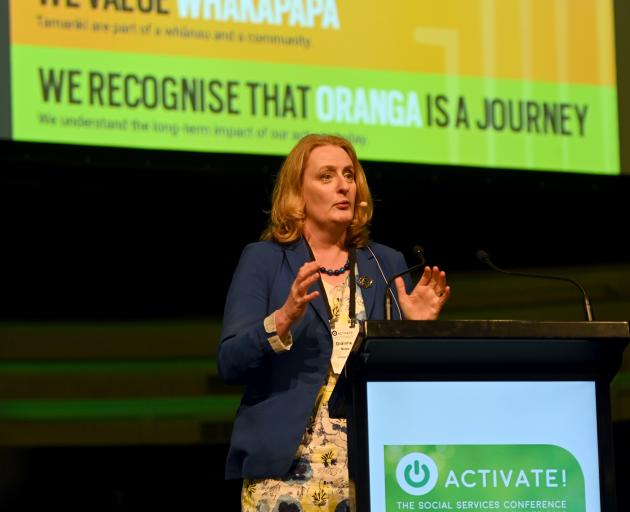 Mrs Moss was addressing about 250 people in the Dunedin Centre during "Activate!'' a two-day national social services conference which began yesterday.

She emphasised the importance of "ensuring the child and youth voice informs our work''.

She also highlighted the big role being played by children and young people, and the ``wonderful job'' they were doing, including on the Youth Advisory Group of Oranga Tamariki, the Ministry for Children.

Two young women, who were group members, also discussed some of its insights during her talk, and one emphasised the need to listen carefully to youngsters.

All young people relied on at least one an adult understanding them and supporting them, and she challenged those attending to be that person.

Mrs Moss said children and young people had highlighted the importance of their care support plans.

"The youth justice change is incredibly significant,'' she added.

A new transitions service was being built for 18-25-year-olds, which included the right to return to living with a caregiver until age 21.

These changes had been strongly supported by feedback from young people, she said.

Shane Murdoch, of Christchurch, is the South Island regional manager of Voyce Whakarongo Mai, an independent non-governmental organisation which advocates for young children in care.

Gaining input from young people was crucial, and reflected the saying ``Nothing about us without us'', he said.