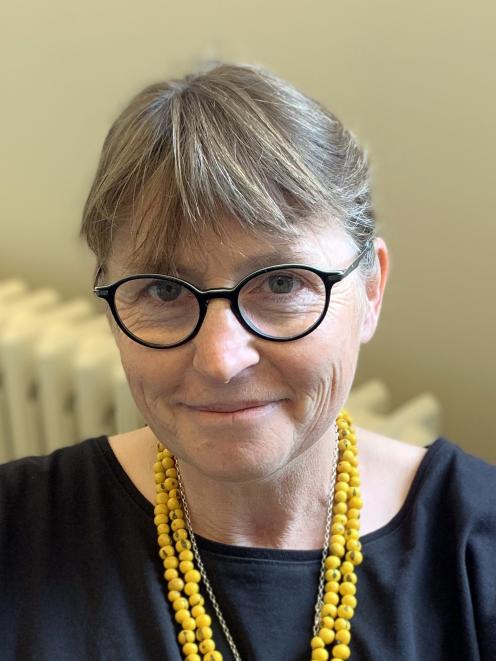 Kate Wilson.Photo: supplied
Plans to investigate a bus service between Dunedin Airport and the city centre never started because of the disruption caused by Covid-19.

In January, Otago Regional Council public transport team leader Julian Phillips said it would investigate the feasibility of such a service early in the year.

But transport manager Garry Maloney yesterday said since lockdown, it was no longer known whether the demand for the airport service was big enough.

‘‘We need to consider the new environment as we plan ahead.’’

Dunedin remains the country’s only international airport without a bus service between the town centre and its airport.

‘‘We’re working on how to complete the investigation in time for it to be an input to the review of the regional public transport plan,’’ Mr Maloney said.

Regional transport committee deputy chairwoman Cr Kate Wilson believed the airport route was not likely to be in the new regional transport plan, which needs to be developed by March, but was looking to ensure a regional bus service could be easily added to the plan, even after the plan was completed.

The Otago Regional Council visited other city and district councils last week to discuss regional transport services in order to understand what each community’s priority was, she said.

Regional transport committee member Cr Jim O’Malley said he was an advocate for public transport, but an airport service was not his first priority in regards to routes.

He would like to see express buses from Mosgiel to the town centre during peak hours.

‘‘[The airport service] would be an interesting idea but there are already [shuttle bus] services operating out there now, and I think when this was looked at another time it did not stack up.’’

He was also unsure how the demand for the service had changed.

The council decided to investigate the route in 2018, but became focused on other major projects.

The airport service was also not considered viable due to costs, distance and a low number of passengers going to and from the airport.

I wonder if the new plans will get rid of the old big diesel buses and replace them with minivans to reflect the average passenger numbers per trip, namely 3 to 4? That would be revelation - technocrats being prudent with our rates... The ORC/DCC still does not understand OLA/UBER, shuttles etc or shank's pony exists. Why not let small tour operators vie for the routes via an app? School buses can look after their pupils, the rest of us tend to have smart phones and know how to us an app. This would eliminate 10-12% of my ORC/DCC rates bill. Why not?, we have pursued the failed DCC/ORC policy for decades- time for a change.

Is Dunedin Airport even international anymore?
"The airport service would be an interesting idea but there are already services operating out there now, and I think when this was looked at another time it did not stack up.’’
How is this different to the rest of Dunedin?
Maybe they could reduce the parking spaces, keep hicking up the cost of parking and predestinate the through road so as to make buses "stack up"? Only kidding nobody would crazy enough to try such obvious deception!