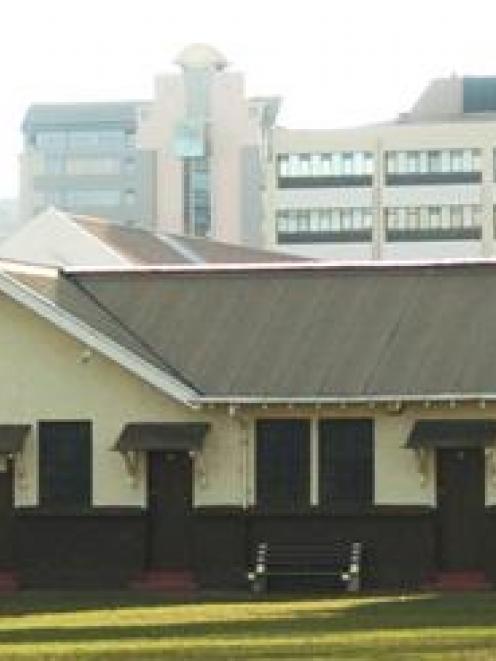 After years of stalled progress, Dunedin City Council staff yesterday confirmed the only work expected to be undertaken at Logan Park in the next 12 months was a redevelopment of the old cricket pavilion at the park's western edge.

The rest of the wide-ranging project would have to be reconsidered, and a revised proposal eventually approved by councillors and presented for public consultation, council community and recreation services general manager Mick Reece said yesterday.

That was due to "significant" changes in the area since the original plan was made in 2005, most notably confirmation earlier this year the planned Forsyth Barr Stadium - located on the edge of Logan Park - was to proceed, he said.

Most of the Logan Park redevelopment plans needed to be reconsidered because of that decision, he said.

"It [the stadium] is a significant development in that area and it couldn't be ignored. Until it was resolved . . . council [and] the stakeholders couldn't reasonably go ahead and start spending a hell of a lot of money if the goalposts have moved.

"There's so many circumstances that have changed in the last three or four years, we really need to redo the whole plan.

"It's a different scenario," he said.

A new complex for tertiary students was to replace Unipol, and there was to be an addition to the Caledonian track grandstand, more hockey and football facilities, and parking space for at least 400 extra cars.

The old Dunedin art gallery, adjoining the University Oval cricket ground, was also to be removed as part of the development.

However, Mr Reece said yesterday the stadium's potential pulling-power as a home for sporting organisations and groups, such as the academy or Unipol, had to be considered.

An earlier plan to demolish the cricket pavilion and construct a new single-storey car-park building beside Harbour Tce, with an artificial sports turf on its roof, had been scrapped, he said.

A detailed design for the pavilion's redevelopment was being prepared instead, including new and more secure changing facilities, a veranda for shelter, and an extension of the pavilion towards the McMillan Centre hockey facilities, he said.

The project was expected to be completed by next July, using most of the council's $3 million budget for all new work at Logan Park set aside for the 2009-10 financial year, he said.

The overall budget for the rest of the Logan Park redevelopment was also expected to be reviewed, as any decision on the art gallery - other than demolition - would increase costs, he said.

"That hasn't been budgeted for."

Despite the delays, the council had spent about $50,000 on preliminary concept designs and investigations needed for the redevelopment, Mr Reece said.

The council's "seven principles" for the future use of Logan Park, which aimed to preserve the "essential character" of the area, still applied, he said.

"It's the single most important public sporting facility in Dunedin, particularly in terms of the use of open space.

"The opportunities are huge," he said.