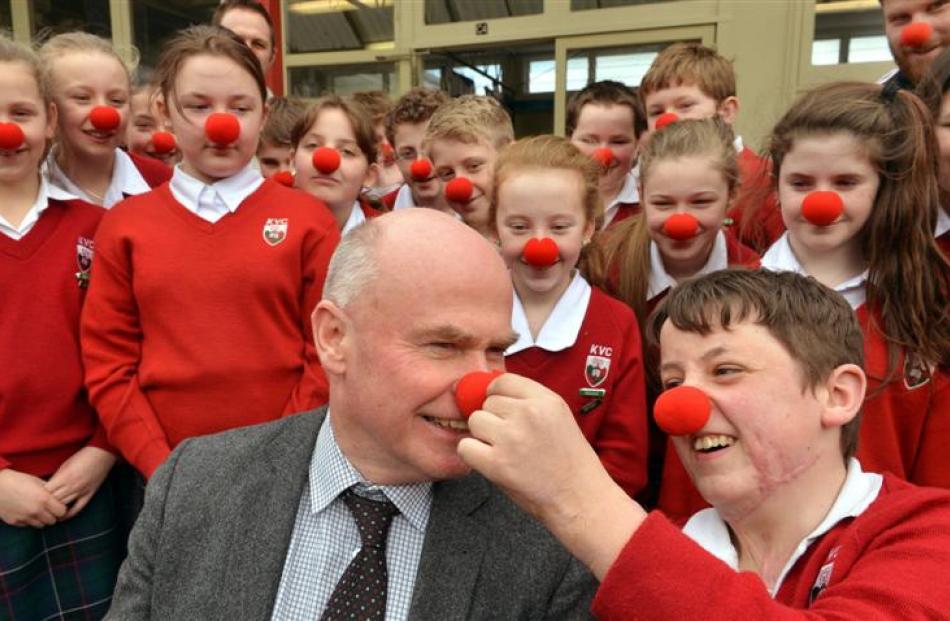 Brayden Warnock-Hannon says he still can't believe how quickly it all happened.

One second, he was turning off the stove after cooking some noodles; the next, he was surrounded by flames.

The 11-year-old Kaikorai Valley College pupil's T-shirt touched the stove element and caught fire, leaving him with burns to 45% of his body.

''It was like being stung by hundreds of giant bumble bees. It was hard to breathe because all the flames were reducing the air around me.

''I didn't know what to do. So I ran outside our house screaming and then there was a friend from next door watching me.

''He ripped my top off and called out for my mum and she came out, put me in a cold shower and rang the ambulance.''

Brayden was flown from Dunedin Hospital to Middlemore Hospital in Auckland where he spent three weeks in intensive care, in an induced coma, until his condition stabilised.

From there, he was transferred to the burns unit for specialist treatment and time at the Kidz First unit.

Later, he was sent to Christchurch Hospital for skin grafts.

''Skin grafts are when they take a potato peeler tool and peel good skin and stick it on to the burnt areas. It was quite painful.''

Brayden was 5 at the time of the accident, and since then, he has had more than 50 operations to repair his damaged skin.

He has many more such operations ahead of him, but Brayden is not worried about that.

He said he looks forward to the operations because each one brings him another step closer to being ''normal'' again.

''I see it as a good opportunity for me. When I go to hospital I'm happy because my scars are getting better.''

Brayden is now a Cure Kids ambassador, and in the past he has been the face of television and print advertising campaigns for the Red Nose Day appeal.

He decided to celebrate today's Red Nose Day appeal by asking Kaikorai Valley College deputy principal John Downes if he could give a speech at school assembly about the importance of Cure Kids and Red Nose Day.

Mr Downes welcomed it, and this morning Brayden will give the speech which also shares details about his journey to recovery so far.

Staff and pupils at the college will wear red noses to support him.

They will be among thousands of New Zealanders taking part in the Red Nose Day appeal today, to raise funds for vital medical research into dozens of serious illnesses that affect young Kiwis such as Brayden.

''You never know which dollar will help fund the cure,'' she said.