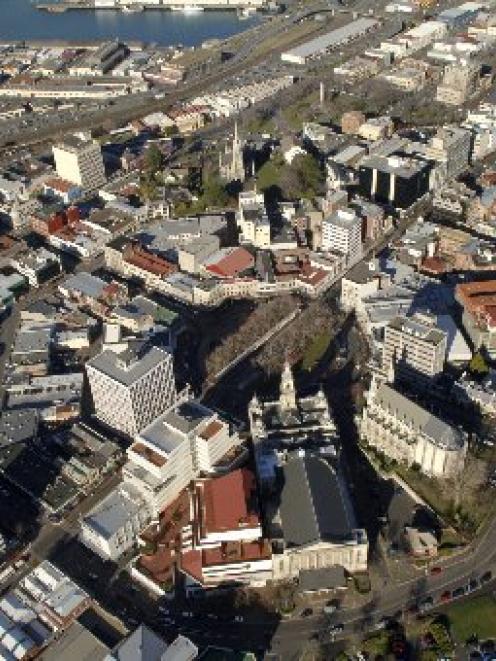 Dunedin has 'a built heritage that is without parallel in this part of the world'. Photo ODT files
Dunedin, with its "astonishingly well-preserved architecture", deserves special recognition as a national heritage city, Dr Rodney Wilson, a senior museum consultant, says.

Dr Wilson made his comments in a report, commissioned by the Dunedin City Council, which reviewed the management structure of the city's museums and the Dunedin Public Art Gallery.

His report was recently released after a request under the Official Information Act.

Dunedin's standing as a "special and unique heritage site" deserved much more recognition and the city's heritage was also "underplayed" as a tourist attraction, he said.

The city should be promoted, first and foremost, as a heritage city.

Dr Wilson, who is a former director of the Auckland Museum, recommended that the council explore with the Government the city's strong case to gain special status as a national heritage city.

The city's museums and public art gallery were also a resource of considerable national importance.

Quito, in Ecuador, was a World Heritage Site, because the old town was the best preserved example of Spanish colonial architecture in the Americas.

Dunedin's status was equivalent in New Zealand and Australia.

"Furthermore, we suggest that Dunedin is the best preserved city from Victorian times to the 1940s, and that this status should be recognised."

Christchurch, Wellington and Auckland were "faint shadows of Dunedin with respect to its historical urban environment".

Dunedin's buildings, architectural heritage, and "wonderful urban environment" were a product of the city's former wealth.

The city was notable not only for its churches, its railway station and law courts, its university and public buildings, but also for its domestic architecture, and its mercantile buildings, city offices and stores, and many of its industrial buildings.

When manufacturing and corporate head office activity had left Dunedin, the city's remaining "fine old buildings" had, for the most part, not been destroyed.

"Progress might often have passed Dunedin by, but the massive legacy that this has left is a unique cityscape and a built heritage that is without parallel in this part of the world."

Nowhere else on either side of the Tasman was there a town or city as well preserved, he said.