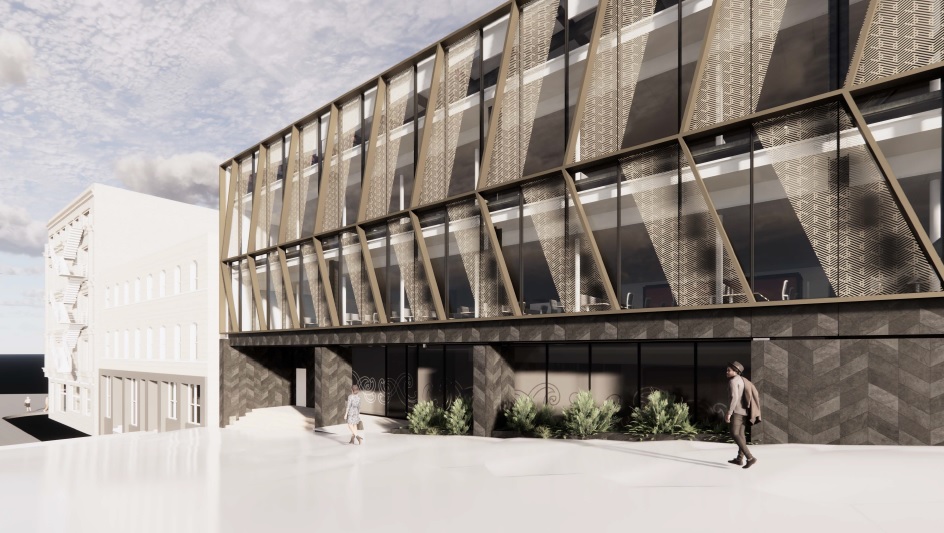 The blessing and a sod turning were part of a dawn ceremony by whānau from Ōtākou at the Dowling St site today.

A Ngāi Tahu spokesperson said the event marked an important step in the construction process.

The event began with karakia before the sod turning, followed by speeches from each stakeholder representative including Dunedin Mayor Aaron Hawkins.

Ngāi Tahu Property and ACC have engaged with mana whenua on their conceptual response for the design of the new build.

Te Rūnanga o Ōtākou and Kāti Huirapa ki Puketeraki have announced they have gifted the name Ōtepoti to the new development.

Te Rūnanga o Ōtākou Chair Rachel Wesley said the name had quite a story behind it, as the building site was originally part of the Ōtākou foreshore named Ōtepoti.

“This was a place where Mauri, natural life force was once intact and where our people would arrive from paddling up the river of Ōtākou and haul their waka ashore.”

“The building will be a market-leading and highly energy efficient working environment. This development will incorporate sustainability in line with Ngāi Tahu iwi values.”

“Dunedin is an essential part of ACC’s national operations and the new hub will house around 650 of our people to support ACC customers here and across the country.”

“Thanks to the mahi and guidance of our partner Ngāi Tahu Property, we are now on a pathway to bring together our team from four separate sites across Dunedin, into a modern, sustainable and fit-for-purpose office space for our people and customers.”

Construction is set to get under way towards the end of the year. Completion is expected in early 2024.