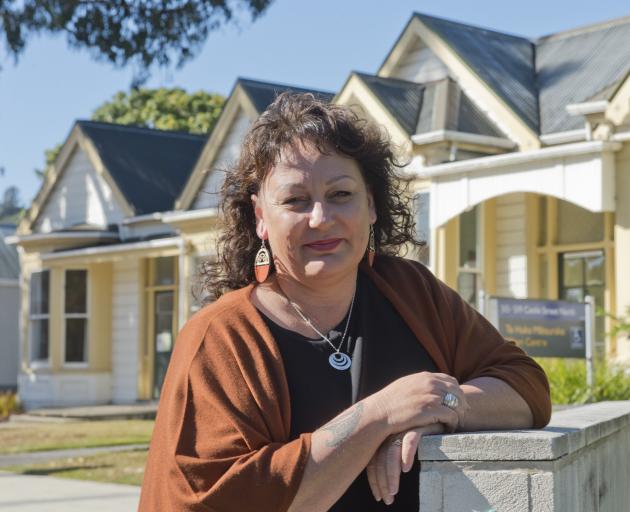 Last month she became tumuaki (manager) of the University of Otago Maori Centre Te Huka Matauraka, and when she went to work, she felt she was coming home.

"When you’re manawhenua and you’re Maori and you’re passionate, and your tupuna [ancestors] have set the pathway to walk down, you walk down it.

"Your upbringing has stepped towards this and you carry on the responsibility,” she said.

Mrs Taiaroa-McDonald, who is of Kai Tahu, Kati Mamoe and Waitaha descent, has replaced Pearl Matahiki, who recently finished as centre manager after 18 years.

Mrs Taiaroa-McDonald was excited by the new job and said the centre’s kaupapa (underlying principles and ideas) "really drew me in".

“I’m born and bred in the kaika [village] at Otakou and lived at the foot of the marae all my life, so the manaaki [wish to extend respect and hospitality] is strong in me."

Some of her earlier work, including the past four years as marae tumuaki, had involved working surrounded with relatives.

Her current job involved "an unusual space for me" in working not, at least partly, with relatives, but in supporting tauira (students).

Nevertheless the centre’s role was "vital to the success" of a surge of new Maori students into the campus and aimed to provide crucial "wrap around" support.

Maori student enrolments were projected to reach 2400 for the first time.

Many first-year students were coming to a different island, and away from previous strong social support, including at high school.

At a recent welcoming powhiri, many references were made to the late Kuao Langsbury, the former Otakou upoko (head) who was one of many Ngai Tahu leaders who had urged the university to improve conditions for Maori.

The Maori centre had later been formed, in 1989.

For Mrs Taiaroa-McDonald, a descendant of Mr Langsbury, it was an honour to become tumuaki in a space her whanau had helped create.