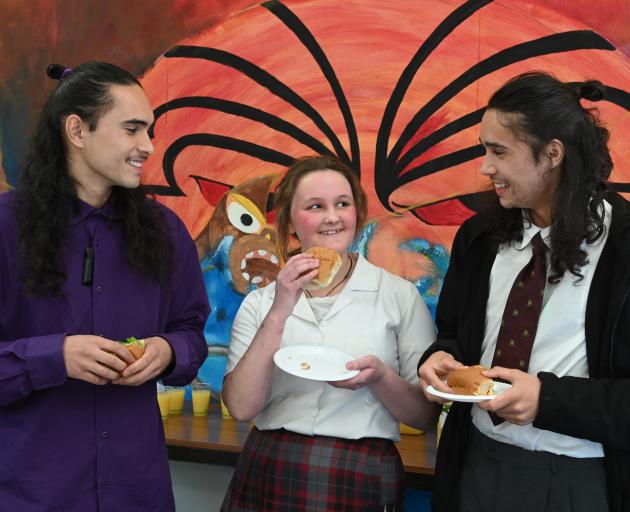 North East Valley Normal School bilingual kaiawhina (teacher aid) and community worker Poutama Crossman-Nixon said many Maori were in prison simply because they did not know their whakapapa (genealogy) and te reo (the Maori language).

''When you don't have your whakapapa or te reo, there's a void inside yourself, and you'll fill that void with drugs, with alcohol, with violence.

''We're also seeing suicides and poverty. I think a really simple and effective way we can counteract these issues is through te reo.

''Instantly, if we incorporate it within our broad range of kura (schools), we will see a drop in suicide and poverty, and an increase in independence and integrity ... a feeling of belonging.

''Te reo is the central pillar of Maori, and by speaking that language, it thrives, and by the thriving of that language, we will claim our independence and integrity again.''

He shared his message with Logan Park High School pupils during a school assembly yesterday, as part of Maori Language Week.

He said regenerating Maori language was like planting a seed.

''It always starts small, but the hope is that if you look after it, nurture it, water it and feed it well, the roots will take hold and the tree will flourish.

''And under its canopy, it can look after many.''

The number of pupils studying te reo at the school filled him with great hope.

''I can see now what my tipuna [ancestors] have foreseen.

''It's very possible. What I see is a better possibility, a better future for all of us.''