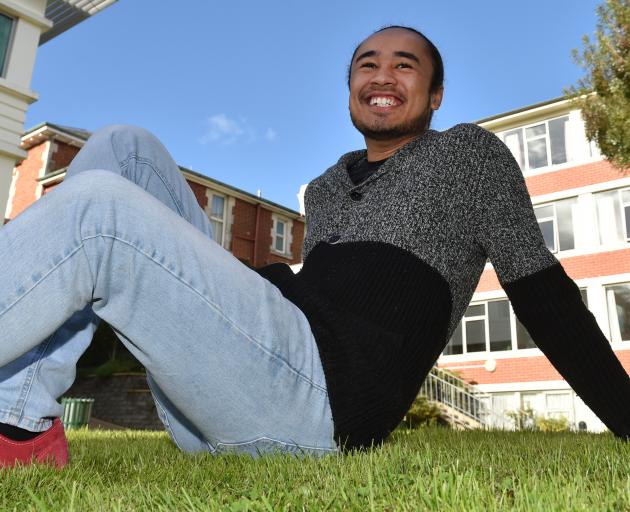 Rico Mita-Watene (18) is one of a number of new University of Otago students whose first language is Maori. PHOTO: GREGOR RICHARDSON
The University of Otago's Maori Development Office and Maori Centre are delighted with an increase in Maori students enrolled at the university this year, numbers due to hit 12% of the domestic roll.

University planning and funding director David Thomson said the final number of Maori enrolments was still unknown. However, based on first semester enrolments, there was no doubt they would exceed 2000 students. The only question was by how much.

Already Maori enrolments were up by 189 students compared with this time last year.

Vice-chancellor Prof Harlene Hayne said Maori enrolment numbers had been climbing for the past decade.

The university is aiming for population parity in Maori enrolments, which will be reached when they make up about 14.7% of total domestic enrolments.

Many of the new enrolments this year were students from the North Island. Some had Maori as their first language, which was great to see, although it created some challenges for the university.

The centre provided Maori students with academic and cultural support.

"We would like them to always be proud of their identity," Ms Matahiki said.

Prof Hayne said the university had already achieved population parity for Maori in admissions to medicine, the university's most competitive undergraduate programme, and was still pushing for parity in academic achievement in all subjects as well as in enrolment numbers.

First-year law and arts student Rico Mita-Watene (18) came to Dunedin from Hamilton and is one of the students for whom English is a second language.

He said he chose Otago because he was impressed by the level of professionalism he saw when he visited the campus.

Otago seemed to offer a lot of support to all its students, particularly its Maori students, he said.

Maori Development Office director Tuari Potiki said he thought there had been a "university-wide shift" towards embracing Maori culture, which made Otago a more attractive option.

"[Students] don't have to hang their cultural identity on a hook."

He did not know the impact Labour's fees-free scheme had had on enrolments, but imagined it had some influence.

He understood Otago was already the best university in the country when it came to Maori students' achievement, he said.