'Matter of time' till legal highs back on shelves 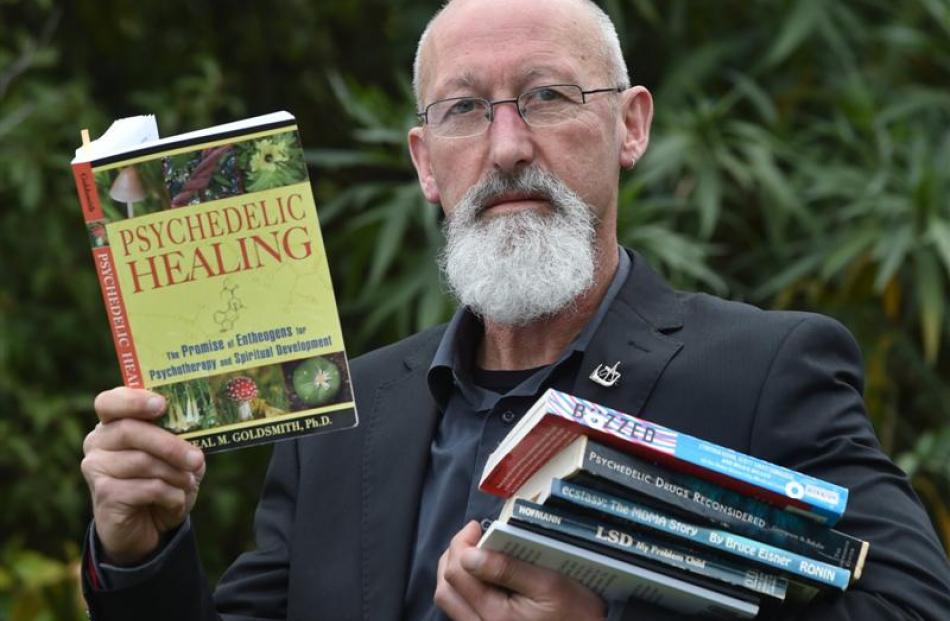 In 2013, the New Zealand Government introduced game-changing and world-leading legislation designed to tackle the legal highs industry. A year later, under a wave of public pressure, psychoactive substances were pulled from the shelves. However, next month players in the industry can take their first tentative steps back into the marketplace. Timothy Brown reports on what the future holds.

It's only a matter of time until the next wave of legal highs hits the shelves of retailers, independent drug policy researcher Dr Geoff Noller says.

''Someone is sooner or later going to have a product that will get through these hurdles and then there's going to be a gold rush,'' he said.

It is the reason the Dunedin City Council has proactively tried to draft a policy which will limit the location and number of retailers in the city.

From next month, retailers and producers will be able to apply for licences to produce and market legal highs.

''I think it's fantastic that the DCC has already set up a process,'' Dr Noller, of Dunedin, said.

''I think the idea of having it solely available within the CBD area is the right way to go.''

''Opponents of legal highs need to accept drug use is ingrained in human nature and prohibition is not effective in its control.

''You only have to look at the rate of cannabis use in New Zealand.

''It's a cultural practice. People don't just use a drug to get high.''

It is a sentiment police seem to have accepted.

In an emailed statement to the Otago Daily Times, police Assistant Commissioner Malcolm Burgess said: ''The demand was created under the interim regime and even before the Act, this doesn't disappear simply because the substances are made illegal.

''In an ideal world we would obviously like to see any harmful substances disappear from the community, but it is probably unrealistic to state that any drug will ever do so.''

But in an indication of police sensitivity towards the topic, Mr Burgess later asked that the preceding statement not be attributed to him.

Despite the interim prohibition on psychoactive substances, police are still finding the drugs.

''We are certainly still seeing a black market for psychoactive substances,'' he said.

The ODT was unable to interview Southern district officers about the local impact of psychoactive substances and Southern district police did not make a submission to the council's hearings committee during the hearing for the proposed legal high retail location policy last month.

Before products are allowed for sale, producers must show they are low-risk and animal testing is not to be part of that process.

Most industry players, including the Ministry of Health, believe the next legal high is at least two years away.

Medsafe acting group manager Chris James said the process for legal high approval is similar to that for medicines.

''This means that comprehensive information on the product needs to be provided - this includes developing quality systems for manufacturing and testing for safety which includes the specific, pharmacological, psychoactive and toxicological effects of the substance,'' he said.

''It also includes the potential for dependence, the potential misuse of the substance and its effects on vulnerable members of the community.

''All this information will need to be created, collated, assessed and approved. It is considered that the first product approval would not be able to be granted for at least two years from the time it was received.''

The Psychoactive Substances Regulatory Authority has to date received no applications for product approval, he said.

Associate Health Minister Peter Dunne said the allowing of applications to produce and retail legal highs next month does not change the current landscape.

''There are currently no approved psychoactive products, and thus any products containing psychoactive substances are illegal,'' he said.

''This does not change in November.

''The Psychoactive Substances Act provides for low-risk psychoactive products to be approved.

"The ministry does not test products but the applicant is expected to provide evidence to support their assertion that a product is low-risk. That evidence is then assessed by the ministry.''

By restricting their sale to the central city, the council could better manage any associated harms, he said.

''We don't want them anywhere near where people can live and the Act has a whole branch of restrictions on where they can be sold anyway. It came down to the central city,'' he said.

''Everyone's initial reaction is that we don't want them, but the legislation doesn't allow that. So you need to put your emotion aside and find an appropriate place for them.''

The council's proposed policy will go before the full council on October 27.

However, Wayne McFadyen, whose son was a user of legal highs, said he hoped the products would never come back.

His son was not talking to him and had changed completely since bingeing on legal highs, he said.

''When he went on to that synthetic stuff he was no longer my son,'' he said.

''He's out of control. Before you could reason with him, but since he's been on that stuff there's no reasoning. If you walked up to him and did something he didn't like, he would mow you down. He's a whole another kettle of fish.

''He's either going to get hurt or he's going to hurt someone else.''

The solution to preventing similar cases in the future was simple, he said.

''They should ban it - there's nothing positive in it.''

Former retailer Carl Lapham, owner of the Cupid Shop, believed legal highs had been banned in stealth and would not come back.

Producers did not know what was required to prove their drugs were low risk, he said.

''People don't know what hoops they have got to jump through.''

''Anybody that went and signed a lease [to retail legal highs] today would be a mug.''

Dr Noller agreed the bar had been set ''really high'', but the potential returns would provide motivation for producers to search for low-risk legal highs.

''It's certainly not easy and it's extremely expensive - it will cost millions of dollars to develop and test - and then there's all the licensing practices that have to be followed,'' he said.

''But human beings have always wanted to alter our consciousness, one way or another.

''That human desire isn't going to go away.''