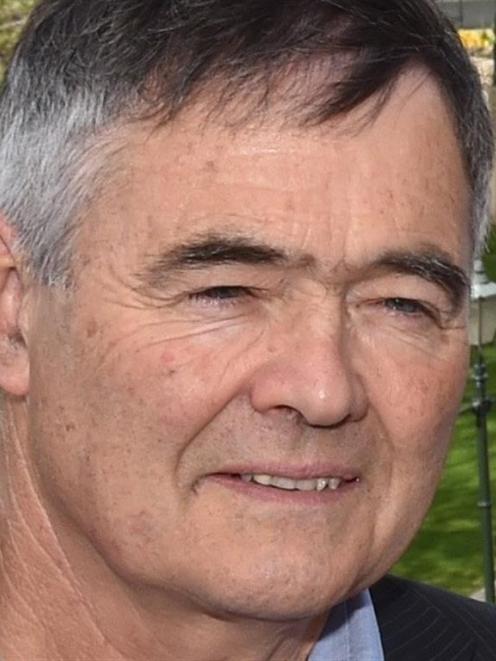 Dave Cull.
Dunedin Mayor Dave Cull has hit out at critics who say the city's rates are rising sharply as the council signals a 2.9% rate increase for the upcoming year.

The mayor made the comments as councillors yesterday approved a draft annual plan for 2016-17 which included $1.88 million of "extra'' spending, lifting the rates rise from a possible 1.5% increase.

Councillors were generally happy with the proposed rates increase of 2.9% - which is just below the council's self-imposed 3% limit - with only Cr Lee Vandervis and Cr Hilary Calvert expressing opposition.

In his final remarks, Mr Cull said the council could be "proud'' of the draft annual plan, which continued a trend of Dunedin residents receiving good value for money for the rates they paid.

He also hit out at critics, including the Otago Daily Times.

"It is inevitable, however, that some people, including some in the media, continue to focus only on cost and, worse than that, present the view that the lowest rates level possible is the best one.

"Commentary is often made, most recently in the ODT's Wednesday editorial, that Dunedin's rates are high and rising sharply.''

"Dunedin has the lowest rates for the average household of anywhere in Otago by quite a margin and certainly of all the major cities.''

Councillors earlier supported a resolution reinforcing its commitment not to go above its 3%increase limit.

This meant some "additional spending'' would be dropped if costs the council expects to face in the upcoming year increased before the annual plan was signed off.

Cr Richard Thomson's resolution was put in the context of potential changes to the price of emissions trading scheme units, which could cost the council hundreds of thousands of dollars.

"In the event that were to come through between now and the end of the financial year ... then we would certainly be over 3%,'' Cr Thomson said.

He believed the council "needed'' to stick to the 3%, which could mean having to cut some of the additional spending.

If the council was forced to make cuts, it would take into account feedback received during the public consultation period about what extra services people wanted most, Cr Thomson said.

Cr Vandervis, the only councillor to vote against the resolution, said the rates increase should be much lower than 3%.

The council's financial situation was a result of "lucky'' external circumstances - lower interest rates, low inflation, a dramatic fall in oil prices and a lack of investment in large capital projects.

"All of these add up to a situation where we should not be requiring any more rates from the ratepayer at all this year.

Mr Cull disagreed with Cr Vandervis, saying the "head room'' council had was "overwhelmingly'' because of good work by staff in finding savings and not because of good luck.

The 1.5% rate increase, which would have been possible without additional spending, was "never going to be enough''.

"With only one or two exceptions - like the extra grant money - all of the extra funding was to resource operations and projects that had already been agreed and prioritised by this council.

"They weren't new ‘nice to haves' - they were simply resourcing what this council had told our executive and community that we were going to do.''

It was his hope that once councillors had taken in feedback from the public they would be "bold'' enough to keep the rates increase as low as possible.

"We are going to have to make hard decisions.

$50,000 extra for City of Literature initiative.

$90,000 for groups in areas not served by a community boards.

$50,100 rent rebate to an organisation which rents council property.