Protesters are vowing direct action in southern waters after oil giant OMV was yesterday cleared to drill up to 10 exploration wells off the Otago coast beginning this summer.

"It’s not surprising. That doesn’t make it any less disappointing," he said.

Oil Free Otago spokesman Jack Brazil also criticised the move and said protesters would be waiting for the oil giant when it arrived in southern waters.

"It’s just going to be complete opposition every step of the way."

However, Otago Chamber of Commerce chief executive Dougal McGowan was cautiously upbeat about the news.

Rigorous monitoring would be needed to ensure any environmental impact from a drilling programme was managed, but the city could also benefit economically if it was used as a support base for OMV, he said.

The oil giant, which is at present drilling off Taranaki, had already been granted a discharge consent associated with its previously announced plan to drill the Tawhaki-1 well, 146km southeast of Balclutha, later this summer.

OMV had said only one well — costing up to $80million — was planned, but yesterday’s EPA decision expanded the possible scope of the drilling programme to up to 10 exploration and appraisal wells by 2030.

The Tawhaki-1 well site lies in 1300m of water, in part of the Great South Basin which OMV and partner Mitsui have been exploring for 12 years but have yet to drill. 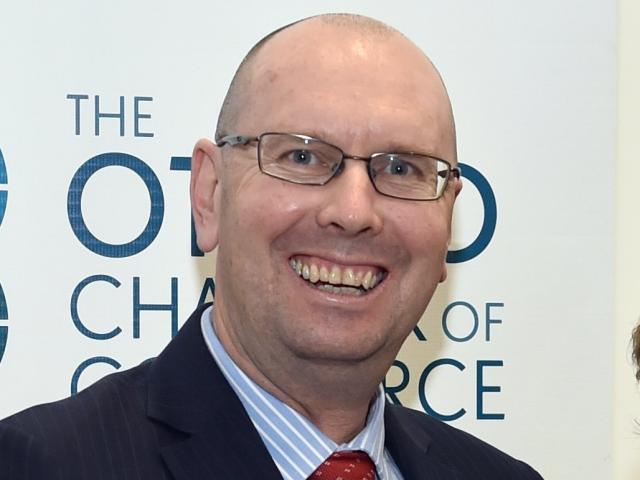 The EPA, in granting approval, concluded that the possible effects of the drilling were "not significant" and environmental monitoring would be required before and after drilling.

However, its decision also noted it was specifically prohibited by legislation from considering concerns about climate change as part of the decision-making process.

Mr Hawkins said it was "frustrating" public concern about climate change had not been heard as part of the submissions process, which was limited to a narrow consideration of discharge consents.

That overlooked the bigger picture of rising CO2 emissions and increasing push-back from communities up and down the country, including in Dunedin, he said.

"We know that we can’t use even a quarter of the known oil and gas reserves if we’re to have any shot at reaching the targets we set under the Paris Agreement.

"So going out looking for more on top of that seems like the definition of madness to me."

However, those in favour of gas exploration point to it as a critical transition fuel to help the world meet rising energy demand while also displacing higher-emitting fuels such as coal and oil.

"The exploration efforts will be very important for New Zealand's energy future and we welcome the robust conditions that the consent is subject to," he said.

Yes, all very well. However, coal is a very heavy pollutant. Do we see any sign of winter protest at the doorsteps of people burning it in their homes or processing at our local or Australian coal mines? They wouldn't last five minutes at the gates. How about all protesters jump on a plane to China and 'protest' at their coal burning sites. The worlds largest polluting country by far. They'd be locked up as they raised the first protest sign. Yes, oil is a problem too, but lets focus on technologies to reduce our needs of it, invest your time and energy into solving the problems rather than getting in the way and screaming about it. Oil is used to make many products and plastics, not just fuel. Solving this problem is not as easy as you think. Deal with the elephants in the room first, if you're brave enough.

Buzz Wed. The elephant in the room is climate change and pollution. We don't need technology to reduce plastic, just the will to reduce it's use and if that entails screaming, then so be it.

Then be my quest, take a look at the heavy oil consumption and pollution the cruise ship industry is resposible for. Then pop on down to the Port with your sign telling them to "bugger off, too much fuel use, too much pollution". Lets look at how we reduce the demand on oil and gas before we cut it's head of at the source.

The other guy is does worse things than me, so I don't need to do anything about mine. Really? Is that what your parents taught you? Sad.

Your childish sarcasm is humorous. My point is this, the tiny amount of difference we think we will make by stopping the off shore drilling compared to what is going on in China will not make one bit of difference to climate change. Stopping our drilling will do one thing only, endanger our economy. Then we will be importing more fuel and gas from overseas. You would prefer that? Electric cars aren't going to save us. Do some research on batteries.....

If we wish to talk about matters being a farce then we should consider that this is a Mayor who uses other peoples fossil fuel as a "celebrity" hitchhiker, and is this the same Jack Brazil who thinks nothing of travelling 900kms in a van to indulge in legally dubious protects in Taranaki? Can we please have a more balanced view of public opinon? And how are we supposed to transition our economy to an energey use regime when we can't get approvals for hydro or LPG or other energy sources that allow us to take the necessary steps. Or do we just shut the economy down as our Mayor seems to favour.

Get over it Mr Mayor - Dunedin needs the opportunities this could bring.

Nothing Illegal about using Oil or Oil products. Sure we need to find alternatives to using Fossil fuels but do the Protestors and The Mayor have any idea how much petrol costs would skyrocket if all Oil extraction was stopped tomorrow.

The rent a protest mob would nt be waving any placards far from home anymore that's for sure.

I hope these protesters realise that all our roads are made up of tar, a byproduct of oil production.

we have a dogmatic ideologue for a mayor who acts like he has a mandate, not someone who actually represents his city

Otago1. No not rent a protest mob- they represent old and young who are not able or brave enough to protest like them. Or are busy earning a crust. I admire them and so will our grandchildren.

I recently got a letter from my LPG supplier saying that the price of my gas was going up because we (NZ) were not extracting enough and they were having to import it. What do these protesters think will happen if we stop extraction? it will get imported at environmental cost from other countries that aren't as fussy!
It would be great to be able to stop fossil fuel use but the technology does not exist at affordable cost yet. They would be better spending their time camping outside the doors of the electricity companies campaigning for better input prices for those with solar panels/wind turbines then perhaps more folks might have them?

Ok Aaron, if you are serious about no more drilling, and if the protesters are passionate in your feelings, how about you all band together, with the Mayor, and picket the next and EVERY other cruise ship that arrives in Dunedin. We are seeing more than 120 this season, that will keep you busy. Each and every one of them burning between 150 and 250 tons of fuel every day. Do you propose to force the cruise industry to go electric? Or do we stop cruise ship tourism for 'enviromental' concerns. Stop grandstanding on Green issues for headlines. Are you lot prepared to sacrifice our jobs and our economies. The hypocrites are more the farce than the EPA.

Dear Mayor, once you no longer use any petroleum products, please speak up, otherwise you will be seen as hypocritical in the matter. As a rule: follow what the leaders do, not what they say. This rule seems to so true with this new mayor.