Medals accepted 'for the team' 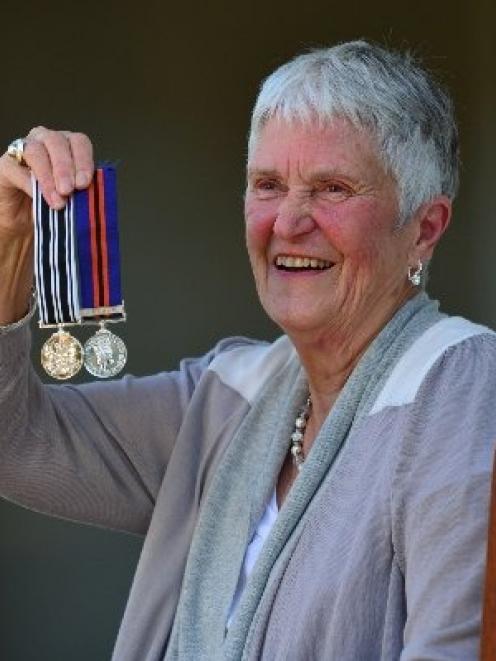 But the scenario is a real and unforgettable chapter in Leonie Clent's life.

Mrs Clent (nee Bowden) accepted the medals on behalf of her Red Cross team-mates, including her former partner and team leader, Mac Riding.

He was on an Air Vietnam DC4 which was shot down while flying from Cambodia to Vietnam in 1975 and died along with everyone else on the plane.

Soon afterwards, a distraught Mrs Clent and her two other team-mates, Joe Pemberton and Mary Garner, were evacuated by United States military personnel. Vietnam had become too dangerous for the Red Cross workers and they returned home.

Although Mrs Clent had lost her love, she had no choice but to ''get on with life'' and within a few years she had married.

''Back then, there was no such thing as post-traumatic stress disorder,'' she said.

Her husband, John Clent, said he was proud to see her receive the medals, having initiated their presentation.

''I knew some of the Red Cross personnel had been recognised, so I wrote to the Minister of Defence. She's a very special lady,'' he said.

About 30 people attended this week's medal ceremony at the Dunedin Club, including Dunedin Mayor Dave Cull and his deputy, Chris Staines, as well as representatives of the New Zealand Defence Force, Red Cross and the Returned and Services Association (RSA).

Mrs Clent was part of the 6th welfare team posted to Pleiku in central Vietnam, where she worked to rehabilitate the Montagnard (also known as Degar) indigenous highlands tribespeople.

''We were going out to the villages, nursing and teaching them, and trying to get wells and other things established.

''The tribespeople were being moved out of the highlands as the North Vietnamese moved to take over the South. In the end, the whole thing collapsed,'' she said.

Mrs Clent had been nursing alcohol and drug-dependent people in Auckland when she answered a public notice for Red Cross workers, but upon her return to New Zealand she settled in her home city of Christchurch, where she was close to Mr Riding's parents.

''We were all devastated he had died, and they became family.''

In 1983, Mr and Mrs Clent moved to Dunedin, where she spent nine years leading the school of nursing after it had been transferred from the hospital to the polytechnic.

The couple returned to Christchurch, but again shifted south after the earthquakes.

Mrs Clent said her medals were recognition for the whole Red Cross team.

''This is really wonderful. I accept for the team, the others who are not here. You don't ever forget.''

Vietnam team-mate Mr Pemberton died within a few years of returning to New Zealand and Mrs Garner was still alive, and although she could not attend the ceremony, she sent a letter of congratulations.