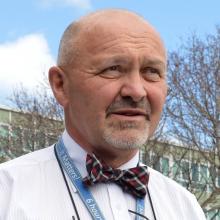 Mike Hunter
A plan for paramedics to replace midwives on rescue helicopters carrying women with serious health issues while in labour could place the lives of mothers and babies at risk, a midwife says.

It said emergency births would now be handled the same way as all other primary missions, and that guaranteed double crewing by paramedics meant patients could be guaranteed a rapid and skilled response.

"It is no longer the expectation that a midwife will accompany a paripartum woman being transferred by helicopter," the email said.

"In the rare event that the paramedic deems this to be necessary, a midwife may be carried as a `medical passenger' proving space and weight limitations allow."

The new protocols would apply only to emergency transfers from primary birthing units and rural locations, and not to transfers between Southland and Dunedin Hospital, or to northern hospitals.

A midwife, who did not wish to be named, said if a birthing woman needed a helicopter transfer it was an emergency, usually involving an obstetric issue.

"It's not a straightforward transfer, therefore some sort of maternity expertise, be it a midwife or an obstetrician or whoever, I feel is required," she said.

"If a mother delivers a 23-week-old baby in a helicopter, a paramedic isn't trained to deal with that ... we've already had some situations which haven't gone very well."

The changes were concerning, and the New Zealand College of Midwives spoke with the Southern District Health Board about them yesterday, chief executive Alison Eddy said.

"We are presently collating further information about the issues, so that it can be presented to the DHB's emergency care co-ordination team meeting this week, in the hope that a satisfactory resolution can be achieved."

Dr Hunter's email said the current model had attempted to establish a group of flight-trained midwives who could be available at short notice.

"However, this has not always worked as well as it might have, due often to confusion or ignorance of the guidelines... this has led to unacceptable delays which posed more risk, rather than actually adding value to outcomes."

The midwife said she accepted the present system was not perfect and should be improved, "but I don't think dropping midwives off the flights is the right way to go about it.

"We imagine it is a cost thing but we don't really know. It has just come out of the blue with no consultation."

It is understood the NZ College of Midwives has become involved, and a meeting is scheduled for later this week to discuss the new policy.