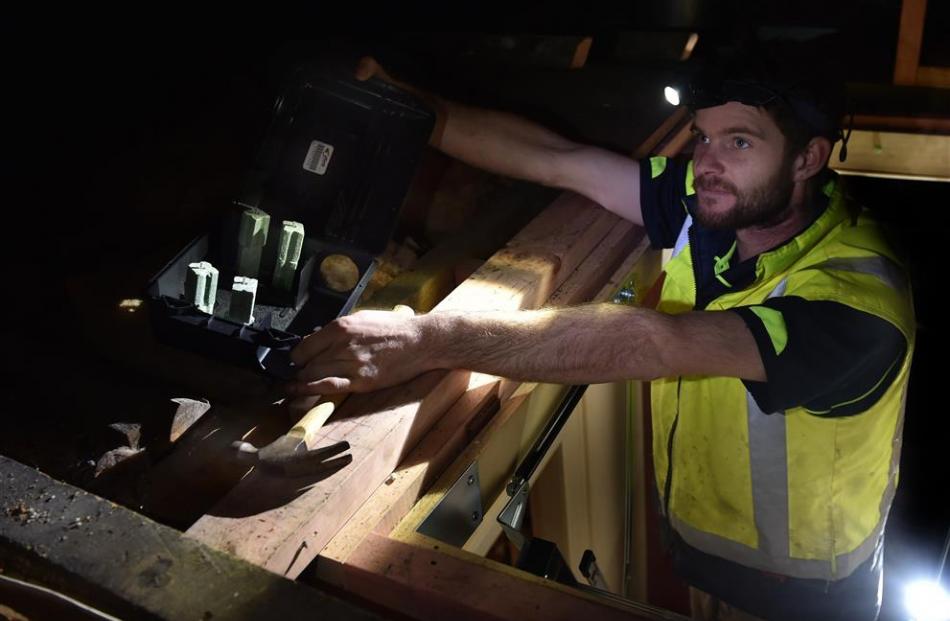 Unseasonably warm weather is creating a "major explosion'' in the number of rats invading Dunedin houses, a Dunedin exterminator says.

A client of Mr McPhee, Val Waldron, said he had been battling a rat infestation in his Mosgiel home for the past three years, but this year was the worst.

"We don't see them but Dave [McPhee] says we must have many, many rats and he talks about them in the hundreds.

"This year we have had them since about February.''

Mr Waldron said he never left food scraps around and was at a "total loss'' as to why rats were invading his ceilings and walls.

"They only thing that seems to get them is professional bait.

"It would be lovely, absolutely lovely for them to be gone for good.

"My wife is terrified of them and they are ugly things anyhow.''

Mr McPhee said most rat control jobs were to eradicate booming rat populations in ceilings and under floors.

"You can't really prevent them once they are there.

"We have an infrared camera and we have seen them going straight up steel beams.''

Dunedin's double-digit temperatures during May and June, paired with the occasional cold snap, created the perfect storm for rats to inhabit houses, Mr McPhee said.

"They won't be getting killed by the cold.

"They breed and then they come inside when it does get cold.''

He expected infestations would continue throughout winter in many Dunedin houses and businesses.

"Not many people are proactive. Often people only take measures when they hear that skitter-scatter in their roof. By then it is too late.''

University of Otago Zoology Professor Phil Seddon said Dunedin's long summer and mild autumn, with the right amount of rain, had produced good plant growth, which in turn produced an increase in vermin.

"A rat can mature in just three months, and a single pair of rats could potentially produce many hundreds of young in a single season.''

Procare Pest Control Services owner Paul Corkin said his business had experienced a modest increase in the number of rat control jobs they were called to.

"People are finding them in places like their compost, bins, rubbish areas, and inside occasionally.''

Mr Corkin agreed the rodent explosion had been encouraged by the balmy weather.