From minister to standing for MP 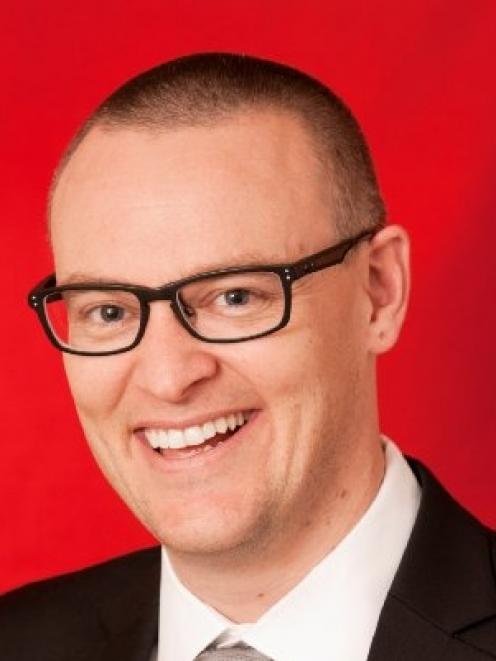 David Clark
Labour's new Dunedin North candidate Dr David Clark says he sees the retention of key services, including neurosurgery at the Dunedin Hospital, as one of his major roles.

Dr Clark is the the Dunedin North Labour Electorate Committee chairman, warden at Selwyn College, and has worked as a Treasury analyst and as an adviser to Labour list MP David Parker, also of Dunedin.

Dr Clark grew up in Beachlands, just south of Auckland, and was schooled in Auckland.

After a year in Germany as an exchange student, he moved to Dunedin in 1991, completing degrees in German language and literature, and another in theology.

He became a Presbyterian minister, and worked as an assistant minister at St Lukes in Auckland., before returning to Dunedin to complete a PhD in existential philosophy.

Married with one son, he said he had spent 12 years of his life at Selwyn, both as a student and as a warden.

Asked why he moved from a life in the church to the maelstrom of politics, he said he was still performing some religious functions, with a civil union and two weddings coming up.

Of political life, he said: "It's about having an influence in a different way."

A former Otago representative cyclist, Dr Clark is also deputy chairman of the Otago Community Trust, a member of the University of Otago's vice-chancellor's alcohol advisory task force and a celebrant.

With his wife, he owns land in Waitati, where he said he hoped to build.