By Mike Houlahan
5 Comments
Another day without any Covid-19 cases in the South Island may not be enough for a change of alert level status, Covid-19 Response Minister Chris Hipkins has warned.

The Cabinet meets tomorrow to consider whether to alter the alert level elsewhere apart from Auckland, which remains at Level 4 until at least 11.59pm on Tuesday.

A further 63 cases of Covid-19 were reported in New Zealand yesterday, 62 in the community.

All bar one of those cases was in Auckland, the remainder being a close contact of a case already in quarantine in Wellington.

There are now 66 children and teenagers infected with Covid-19 in the community and a further 66 are in their 20s.

There have been no cases of Covid-19 reported in the South Island but the Government is taking a highly cautious approach as it is New Zealand’s first community outbreak of the more transmissible Delta strain.

‘‘It’s not just cases but the risk of cases we take into account when we decide what the alert levels in places should be,’’ Mr Hipkins said.

Although Prime Minister Jacinda Ardern will not reveal the Cabinet’s decision about any change to alert levels until tomorrow afternoon, Mr Hipkins said it was likely any change to a lower level would be accompanied by new regulations.

‘‘From time to time there are the odd tweaks to our alert level framework and people will have seen that through our response so far.’’

Mask use, compulsory QR code scanning and data keeping for contact tracing purposes would continue to be a greater feature as New Zealand stepped down through alert levels, he said.

Officials were already working on how transport of goods and travel would operate should alert levels outside Auckland change.

‘‘One of the things we are working through now is that we have not ever had so far in our response a situation where we have had a differentiated Level 4/Level 3 situation, although we have had times when we have had some parts of the country at Level 3 and others at Level 2.

‘‘We are working through what that means for supply chains and movement ... and extensive conversations are going on to get ready for that if that is somewhere that we get to in the next little while.’’ 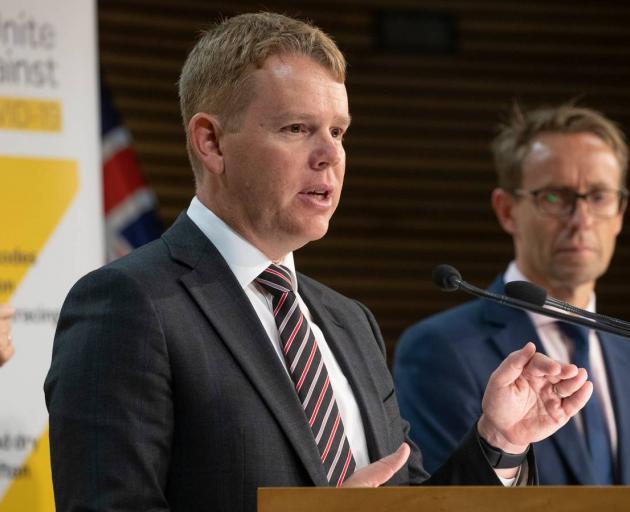 Extensive testing across the southern region has yet to detect any Covid-19 community cases.

Ninety people documented as close contacts were isolating in the Southern district.

Wastewater testing in urban areas, which yesterday had Oamaru added to the Dunedin, Invercargill, Queenstown and Wanaka roster, had produced negative results.

However, vaccination clinics had another record day, dispensing 8000 doses.

About 25% of the SDHB population had now had two shots and about 50% a single one, rollout controller Hamish Brown said. 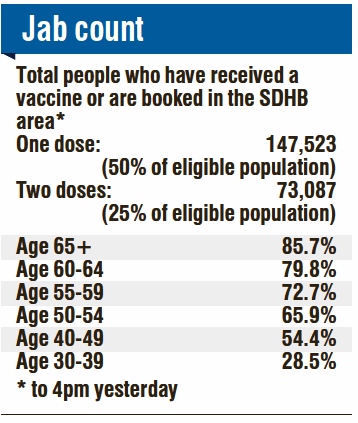 Temporarily suspend nonessential travel between islands. Move South island to L3 so we can stop bleeding financially and return to work

What is the difference between 'booked' and 'jabbed'? Potentially only life and death.

And just as things look like getting a bit better, they move the goalposts again!

A few more days will make little difference at a personal level but would give more certainty.
We won't be going straight to level 1 anyways.
Relax and enjoy.
Better now, than at Christmas.