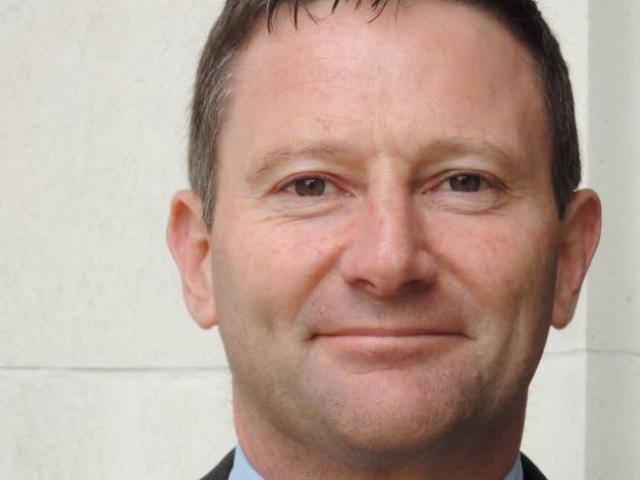 Nick McIvor
King’s High School rector Nick McIvor has spoken out over his worries about what could happen in education if non-medical cannnabis is legalised.

"We could be drifting towards something to the detriment of our young people; something that will be deeply regretted in future," Mr McIvor, said in a message on the school’s official Facebook page.

Mr McIvor acknowledged a range of views for and against legalisation in the lead-up to the referendum, but said he was "struggling to see how legalisation would improve the lives of young people in New Zealand".

" I fear that it would make them worse," he said in his Friday evening message.

Several of more than 130 people who responded to his comments supported his views, and one person said it had taken "a lot of courage" to speak out, and this was appropriate from a school principal.

However, many people took issue with his comments and several strongly questioned the appropriateness of using the school’s official Facebook site to give a personal view.

One concerned person drew the matter to the attention of the Otago Daily Times, also on Friday evening.

That person queried whether "a statement that was against the legalisation of weed" should be allowed on the school’s official internet page, given restrictions on state agencies promoting political views.

The Ministry of Education’s internet site points out that party political advertising, including billboards, cannot be allowed in school grounds and that "as a state agency, you need to be politically neutral and can’t encourage electors to vote or not vote for specific parties, policies or candidates".

Another person said that a complaint would be lodged with the "appropriate authorities" over the matter.

Early this afternoon, King’s Board of Trustees chairman Richard Wingham issued a statement on the Facebook page, to "clarify" the position, in response to "feedback on the post by our Rector", and said he had expressed a view as the Rector, based on his "extensive educational experience".

Mr McIvor had not  suggested to readers how they ought to vote on the issue, "nor did you intend to do so", Mr Wingham said.

"The Board of Trustees confirms it holds a neutral position in respect of the current cannabis referendum before Parliament.

"The original Facebook post has been left up on the basis that discussion in this area is seen as of benefit for the community as long as those comments are constructive," Mr Wingham said.

In his comments Mr McIvor asked if legalisation would " help their learning, growth and achievement or not?"

The proposed Bill had been promoted as "controlling" the availability of cannabis in our communities, and in our households.

But it was more likely to increase consumption , and to put "more cannabis directly into the lives of our young people, at a critical and sometimes vulnerable time in their lives".

The harmful physical and psychological effects of cannabis were well documented medically, and its dangers were "real and relevant", and had recently been highlighted, on behalf of the New Zealand Medical Association.

During his 26 years in secondary education, while working as a teacher, coach, dean, and senior manager,he had worked with pupils who were cannabis users.

"Often we saw apathy, underachievement and reduction in academic performance," he said.

Mr McIvor was not available for further comment this afternoon.

We say 'Free Speech', but when you freely speak, opponents want it shut down.

He's promoting his personal views to influence voters. I think the Electoral Commission should look into this.

He is entitled to his informed opinion. Anyone denying him such is a fascist AND avoiding a truth: that he has a pastoral responsibility for the young men and boys under his care.

Chris Hipkins said last week that the Government is the one source of truth.

Fascist is a very hard descriptor but I came to the same conclusion some time ago. There is a growing sector in our society that don’t realise fascism is a product of the left. The first person to congratulate Mussolini on his election was Lennon because of his Marxist based socialist politics and clamp down on free speech.
In keeping with what has been happening in the US for sometime, we now have the same issue here, spread by the Universities as postmodernism.
Postmodernism identifies victim classes, labels western society as oppressive, elevates other cultures and religions, guilts society into making concessions for the ‘oppressed’ while elevating their entitlement to privilege above merit of skill or effort.
The coming referendums are government initiated but if the issues were solid party policy then there would be no referendums.
Congratulations to school principals and the boards the support them on speaking up and sharing their knowledge and experience.
I totally concur.

Lennon wasn't born then.
Anyhow, what do you think of drugs, then?

Oh my goodness why is this so difficult to understand for some people!?!?! Of course he is entitled to his own opinion. He also has the right to voice his opinion freely both in person and on his PRIVATE social media accounts. What he is not allowed to do is to do so on the school’s official internet page since state agencies are not allowed to promote political views. No one is trying to shut him down personally so don't get your knickers in a twist! You clearly don't even know what a fascist is!

He didn't give a political view, he gave a health view so there can be no problem with using a school website to give that view.

How is anti legalisation opinion promoting political views? Why must an educationist be silent on social problems?

Good for him expressing his concerns..The supporters of legalising cannabis love to ignore the downside. It is an insidious drug that damages lives of those taking it and those who suffer the consequences of their behaviour. Kill the bill.

But was this BECAUSE they used cannabis or because the ones already feeling apathetic etc then used it to relieve those feelings? Would a school principal notice pupils who used a dose which had a positive effect on them? Almost certainly not.

Apathy is an effect of cannabis use, in old and young. It is not an 'alerter'.

Drugs and the developing cerebral cortex are contra indicated.

That's because a dose of cannabis is not going to have a positive effect, it will harm their abilities and their futures. An apathetic student using cannabis will most likely become more apathetic or end up requiring psychiatric help in the future.

Using your station to promote your own narrow minded and misguided views based on nothing but conjecture and in contradiction of research on the topic is reprehensible. He'll have us burning witches next. This man is clearly not fit for his office.

As an ex-King's boy, I applaud the Rector's statement. No good can come to his students by making drugs more widely available, and considerable harm is possible. Evidence from the long-running "Dunedin Study" (Dunedin Multidisciplinary Health and Development Study) suggests that cannabis use in young people can be very damaging for some. See the ODT article on this topic from June 8, 2020, where Prof. Poulton mentions "impairment in psychological function, loss of cognitive capacity, poorer respiratory and gum health, and a range of negative psychosocial consequences such as early school leaving and academic underachievement, failure in employment and the workplace, dependence on social benefits, and risk of criminal conviction or incarceration."

But, seriously, the referendum is not politically aligned.
It's not an election issue.

What about those who have no choice when mum or dad light up a joint at home? or take them on a trip in a car after they have had a joint? It no different than second hand smoking!

He's perfectly entitled to express an opinion, and I see no problem with him doing so on his school's facebook page — nobody who reads it is forced to agree with him.

He's just wrong, that's all. There's virtually nothing stopping "young people" from gaining access to cannabis now, so it would be far better to decriminalise that access and get some control over it — when, after all, was the last time we saw a police shootout at a brewery or cigarette factory?

What about alcohol? Let's be consistent one way or the other.