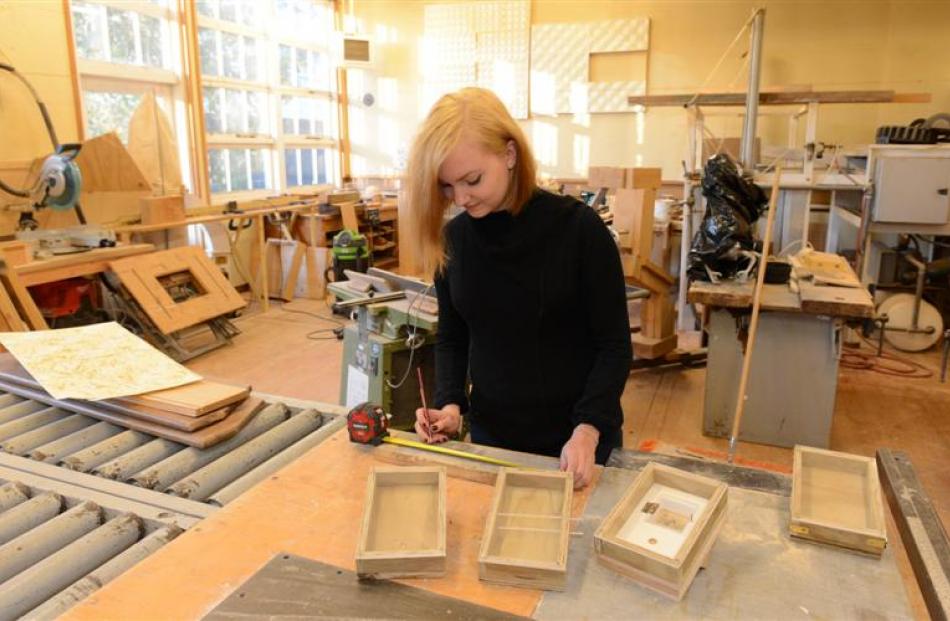 Kristina Brandeus Kirkkopelto ended up in Dunedin by choosing Otago Polytechnic from a list.

''I didn't really know anything [about Otago],'' the Swedish exchange student said.

''If you wanted to go on exchange, you got this list of schools.''

Otago Polytechnic was the only New Zealand school that had a partnership with her art programme at the University of Gothenburg in Sweden and she decided she wanted to go to New Zealand.

''I figured I might as well take the opportunity to go somewhere [far away].''

She is happy with her decision for several reasons.

She had a closer relationship with her teachers here than in Sweden, and it was much easier to get help when she needed it, she said.

And ''in terms of adventure sports, you can pretty much do anything here, and you don't have to go that far.''

But when she made the decision, she did not know any of that.

''I guess I should've done more research,'' she said cheerfully, ''but it's been working out really [well].''

As an exchange student, she is part of a minority of international students at the polytechnic, most of whom do not come on exchanges, Otago Polytechnic communications director Mike Waddell said.

''Exchange students form a small part of our international student numbers, but we're noticing a growing trend,'' he said.

A group of Dunedin institutions, including Otago Polytechnic, work with the local government marketing agency Enterprise Dunedin to promote the city as a destination for international students.

Ms Brandeus Kirkkopelto hopes to extend her student visa and stay in Dunedin until December.