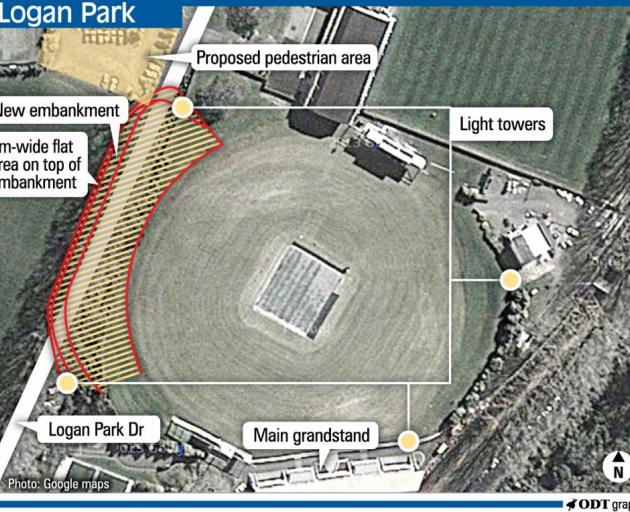 The plan, supported by New Zealand Cricket, would give the ground a normal capacity of 5500, which could be lifted to about 8000 with the addition of temporary seating, Mr Dykes said.

The extra capacity - gained by extending the ground's embankment - would mean more tests at the ground against the likes of Australia and India.''

New Zealand Cricket have said if you can increase the capacity you will get an Australian test match [when they tour in 2016],'' he said.

Having lights would allow day-night games at the ground, which was important because they provided a ''better fit'' for Asian viewers, who represented cricket's largest audience.

Mr Dykes understood the trees were to be felled anyway.

Otago Cricket hoped work could begin as early as April next year, and wanted the council's ''in principle'' support as soon as possible.

This would allow Otago Cricket to ''guarantee future games'' with New Zealand Cricket (NZC) and signal changes to the cricketing world during next year's Cricket World Cup, with three games being hosted at the ground.

''It's a major event which is going to broadcast worldwide and it's an ideal opportunity ... to spread the gospel.'' 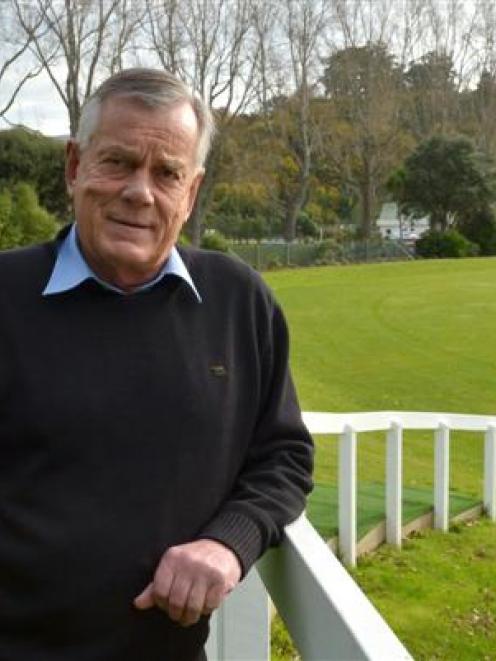 Otago Cricket Association chief executive Ross Dykes is seeking support from the Dunedin City Council to extend the embankment at University Oval. Photo by Gerard O'Brien.
It would also ''future-proof'' the ground and ensure it remained the top cricket ground in the South Island. This status was under threat from Christchurch, with work to get Hagley Park up to international standard due to be completed next cricket season.

''They will be the preferred South Island option if we [do not stay] ahead of them.

''I just don't like the idea of Christchurch getting ahead of us.''

Cr Richard Thomson asked what kind of support Otago Cricket needed from the council, seeing as it was not asking for funding.

Mr Dykes said the extension would require the council to approve the poplar trees being cut down and for part of Logan Park Dr to be closed.

''It really is clearing the way, via permission if you like, and saying `Yes, if you guys get the lights up, we can help you increasing the capacity'.''

In response to a question from Cr Aaron Hawkins, Mr Dykes said improvements would also be good for the domestic game, with a lack of lights preventing this season's twenty20 final from being held in Dunedin.

Mr Dykes tabled letters of support from Sport Otago and NZC and a ''bird's eye'' plan of the changes to the ground, showing the extent of the enlarged banking and location of four light towers.

In NZC's letter, chief operating officer Craig Presland spoke of the importance of having lighting.

Its broadcasting agreement stipulated all one-day internationals be played at night, and day games would ''almost certainly not be an option in the future''.

The possibility of day/night test matches meant lights would also ''future-proof'' the ground as a test venue.