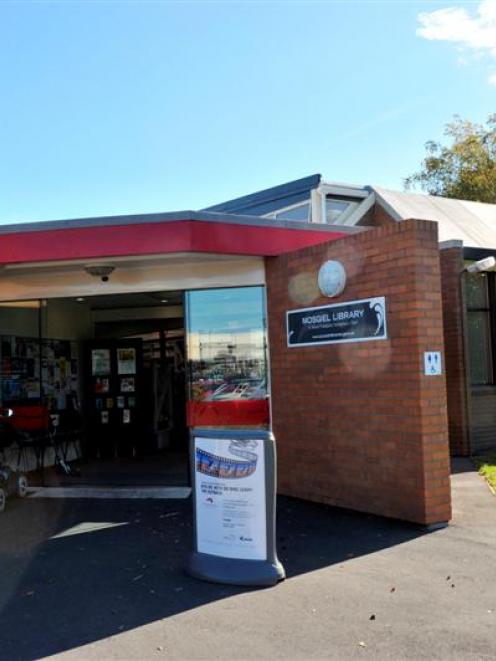 A report outlining building ideas and raising maintenance issues goes before the Mosgiel-Taieri Community Board today.

During last year's annual plan process, the board requested refurbishment of the library and Dunedin City Council service centre to better incorporate their functions with those of meeting facilities, and the Community Learning Centre, which set up in the Downes Room foyer early last year.

The board believed storage, toilet facilities and a staff lounge had "disproportionate floor space", affecting overall use of the building.

The council did not recommend any change to the annual plan, but requested a report be prepared about the library's future.

In it, library services manager Bernie Hawke identified a range of issues with the building.

The biggest of those was the roof, which needed replacing at an estimated cost of $250,000.

"We have had intermittent leaks from time to time, and basically it becomes an issue occasionally when we've had heavy downpours, or extended periods of rain," Mr Hawke said.

Mr Hawke also identified a need for a meeting space, both for local groups and library programmes, and issues around staff toilets.

Options for refurbishment of the building were included for consideration.

A "major" redevelopment was estimated to cost between $500,000 and $1 million, including the cost of the roof.

However, Mr Hawke noted it was "unlikely that this level of new capital funding would be readily available".

Another option was to undertake a minor refurbishment of the men's staff toilet by removing and repositioning internal walls, and modifying the women's toilets to become unisex.

City Property estimated the cost of creating a space similar in size and beside the current foyer would be about $20,000, but did not include allowance for ventilation or possible structural support.