Mosgiel schoolboy returns from US tour 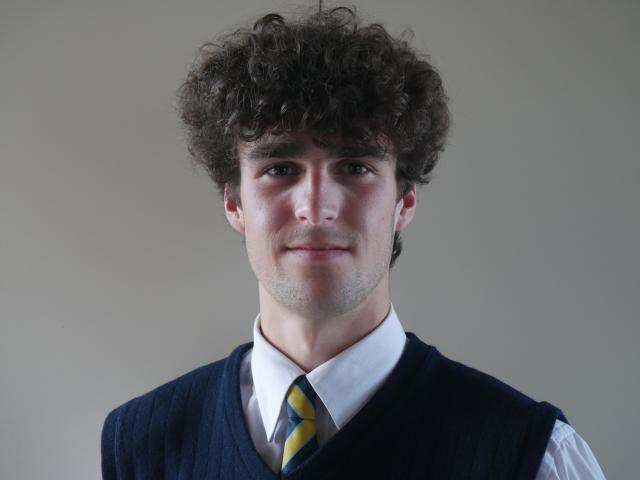 Rory Findlay was selected in the New Zealand secondary schools football team which travelled to America last month. Photo: Jessica Wilson
Being presented with his New Zealand playing shirt was an ‘‘unreal’’ experience for a Mosgiel footballer.

Rory Findlay (17) recently returned from a three-week trip to the United States, where he represented the New Zealand secondary schools football team.

The Taieri College pupil was selected for the team last year. He was unable to make the first two trials, so his coaches sent information on him to the selectors.

When he attended the third trial, the team had already been narrowed down to 20-30 people.

Eighteen players were selected and spent the first two days of their trip in a training camp in Auckland.

They played six games against college and academy teams in the US, and had practices in between.

Before the first game, Rory was announced as vice-captain and was presented with his playing shirt.

He got to captain one game which was a ‘‘pretty big moment’’.

He said the American teams had a completely different style of play, which was something his team tried to counteract.

‘‘They play more like they want to build up from out the back and try to break down the wings.

‘‘We just block off every option we can and try to block them in one area of the park and try to win the ball.’’

Overall the team won three games, lost two and drew one. But the scores did not really reflect the games and how his team played, he said.

‘‘As a team we dominated long periods of the game and should have probably had five wins and just the one loss.

‘‘We just couldn’t score the goals when we created the chances.’’

Rory said he learnt a lot during his time in the team, particularly in staying composed over the ball, staying calm in tough times, working as a team and the importance of communication during a game.

He and his team-mates were constantly talking when they were on the field, which made it easier to know where everyone was and what they were doing, he said.

Now home, Rory is back with his Mosgiel Football Club and Taieri College teams. The club season is almost halfway through and the school season will kick off this weekend.

He hopes to don the silver fern again and has a goal of turning professional.