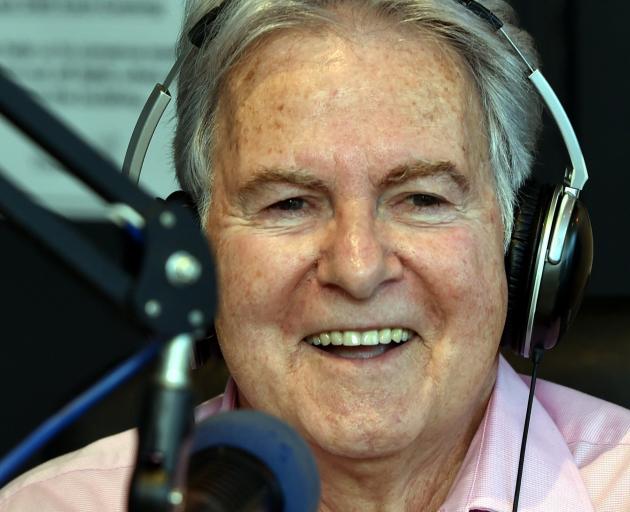 Neil Collins during his final broadcast for Radio Dunedin in 2015. Photos: ODT Files
He was a "blue and gold man, through and through", and now his name will be a permanent part of the city he served.

Dunedin city councillors this week voted to approve the naming of a proposed street in the Silversprings subdivision, in Mosgiel, after late broadcaster and city councillor Neil Collins.

Mr Collins, who died in November of last year, was a radio host for more than 50 years and a councillor from 1989 until 2013.

Neil Collins Pl is the final street in the Mosgiel subdivision to be named, and developer Dennis Brown said he could not think of a more appropriate person to pay tribute to.

Mr Brown had known Mr Collins since the 1960s and said he was a "blue and gold man, through and through".

"He was unique, he was special, there was no way he would try to imitate anybody or be anybody other than himself."

Mr Collins’ son, Kris, said his family was pleased with the decision.

"He did a lot for Dunedin in his lifetime, and I just feel it was a very nice tribute, to honour him in that way."

Sometimes the DCC get it right....Kudos to them.
Neil Collins rightly deserves recognition.