The property in Somerville St. Photo: Linda Robertson
The Christchurch terror suspect told the landlord of the Dunedin flat he rented he would be leaving the flat in mid-March and did not need to renew the lease.

The landlord of the Somerville St, Andersons Bay property said last night the man told him in early February he would not be renewing his lease and would be vacating the flat halfway through March.

The Christchurch terror attacks, in which at least 50 people were killed and scores more wounded, unfolded on the afternoon of Friday, March 15.

"We advised our property manager and new tenants were signed up to move in at the start of April, on the assumption that we would have a couple of weeks to check and prepare the property for them.''

"With the unexpected turn of events we have not had access to the property and are discussing options with the tenants.''

The flat had been advertised online but the posts have since been taken down. 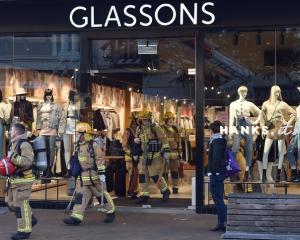