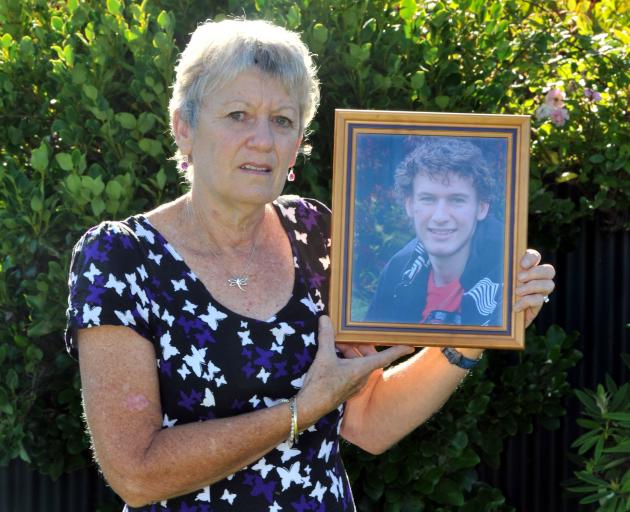 Ngairena Hibbs is on a mission to find the small copper and silver urn, which she believed had been wrapped up in a scarf she had donated to the Mosgiel Hospice Shop.

Inside the urn were the ashes of her son, Todd Campbell, who died as a result of epilepsy at age 22.

"It’s like I’ve just lost a wee part of him again."

The reality really hit home on Monday, which would have been Mr Campbell’s 31st birthday.

She previously spoke to the Otago Daily Times about her son’s death, in a bid to raise awareness about epilepsy. 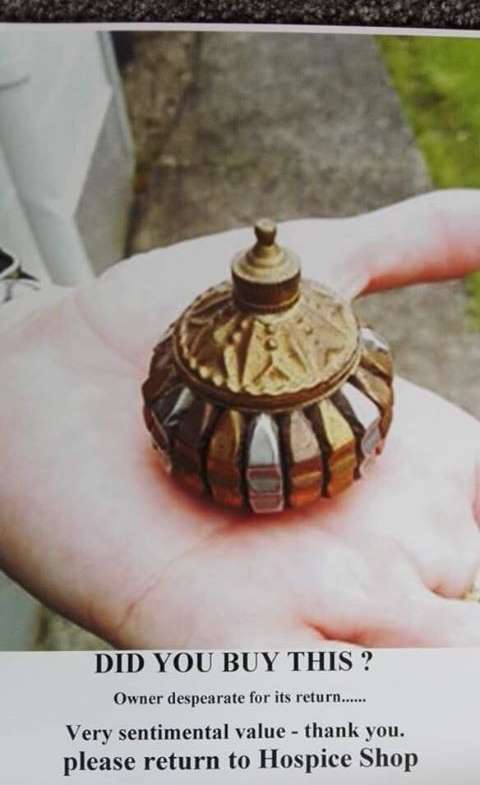 Ngairena Hibbs believes she wrapped this small copper and silver urn in a scarf she had donated to the Mosgiel Hospice Shop. Photo: supplied
She described him as a gentle soul, and a prankster.

Mr Campbell was diagnosed with the condition at age 11, and his seizures became increasingly worse over time.

Along with the urn, there were several other mementos of Mr Campbell that had also been lost.

They included a small photograph of him, a battery-operated candle with a flame that moved, and a small wooden rectangular box with gold inlay on the lid, which held a small envelope containing more of his ashes.

Mrs Hibbs had seen the scarf hanging up in the shop, so was certain that was where the other items had ended up.

But the urn, which had been superglued shut, could not be found in the shop.

She was hoping someone might come across the items and be able to return them.