By Andrew Marshall
0 Comments
A mural celebrating Maori connections with the land will serve to connect its creators with their school long after they graduate.

Students at Otago Polytechnic have been watching the mural, titled Haumanu, go up on the wall of the Tauraka Pipipi building over the past four months.

Design communication student Bella Maresca was selected to create the mural after their design defeated three other contenders in a poll of students and faculty.

Having originally come to Dunedin from Wellington, Maresca said the mural was a nice way for them to leave their artistic mark on the campus. 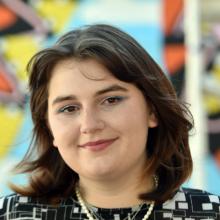 Bella Maresca
"I just hope it brightens people’s days essentially, and I also think it’s really important to make Maori students feel included in the physical space, which is part of the reason I decided early on that I needed to include Maori values in it." 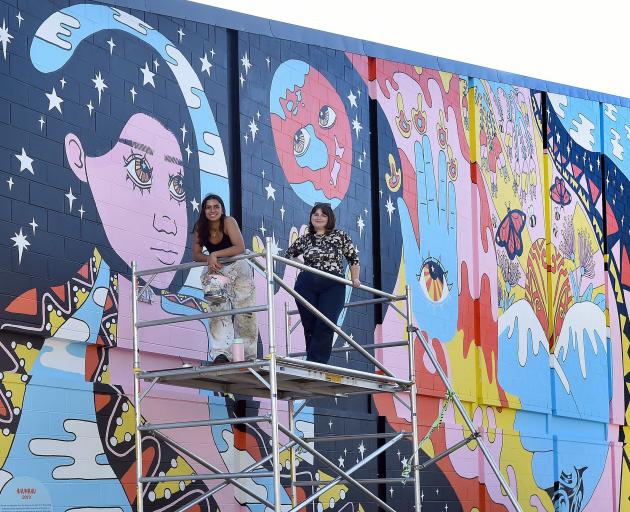 The mural’s design explores the Maori practices and values of kaitiakitanga, or the collective responsibility of living things to nurture and protect the earth.

Miss Meeuws said working on the mural had helped her to learn more about her heritage. 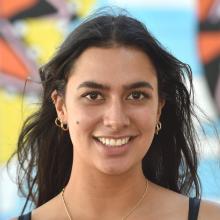 Eve Meeuws
"When I started this course I realised that it was something that I really wanted to further my knowledge in."

She was invited to collaborate on the project after Maresca was impressed by a Maori typography project of hers.

She had also been reflecting on the long-term implications of her involvement with the project in recent days.

"It’s kind of just hit me like, ‘oh, we’re actually going to leave our mark on Dunedin’."