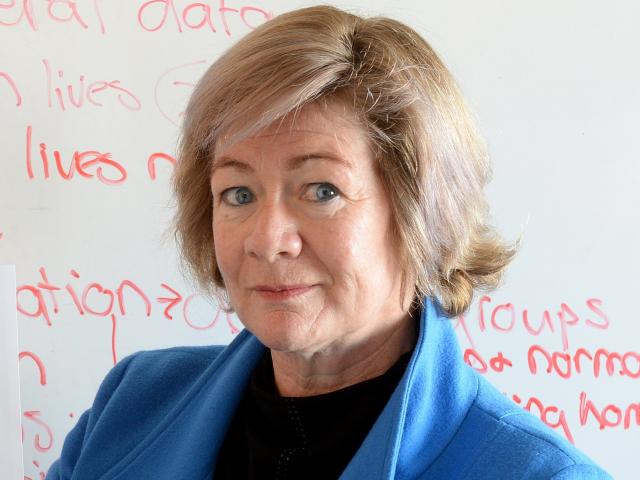 Janet Hoek.
A University of Otago professor is concerned about the launch of a mysterious tobacco product, which appears set to be marketed in Dunedin and across New Zealand.

The imminent launch of the product was mentioned in a job advertisement seeking a ''dedicated group of 20 to be trained as part of an exclusive team for an innovative new product within the tobacco industry''.

The advertisement said the staff, who would work for ''experiential marketing'' agency Brand Spanking, would educate adult consumers about the product at music and fashion events and ''high-end bars and members clubs''.

It was seeking staff across New Zealand, including in Dunedin and the Queenstown area, and said they would need to be available this month.

Those hired would have work throughout this year.

What the product is remains a mystery; the advertisement said it was important the ''innovative technology'' was kept under wraps until the launch.

''As this is a new and highly confidential product, you will be required to sign a confidentiality agreement prior to the training,'' it said.

Prof Janet Hoek, of the university's department of marketing, said via email it was hard to comment on the product without having more details.

It was also possible the promotion of the product talked about in the advertisement breached the Smokefree Environments Act.

''Overall, it's difficult to avoid the conclusion that the activities outlined are designed to attract non-smokers to a tobacco product, as the main audiences at music and fashion events, and at high-end bars and clubs, will be non-smokers.''

Any effort to promote tobacco use among non-smokers was ''clearly a concern'' and at odds with the Government's goal of achieving a smokefree New Zealand by 2025.

Ministry of Health tobacco control programme manager Jane Chambers said it would ''strongly caution any company considering promotions that might promote the sale or encourage the use of tobacco products''.

Brand Spanking's job advertisement was posted online on December 14 and removed only after the Otago Daily Times asked for comment yesterday.

Brand Spanking director and creative strategist Mark Pickering said the advertisement was published in error by a junior staff member and had since been withdrawn.

However, he did not respond to a further request about whether the positions existed or if anyone had been appointed.

British American Tobacco also did not respond to a request for comment, but a company linked to it is seeking Medsafe approval for a nicotine inhaler, called the ''Voke Inhaler''.

The inhaler is yet to be approved as a medicine and a listing on the Medsafe website says it requested more information about the product last month.