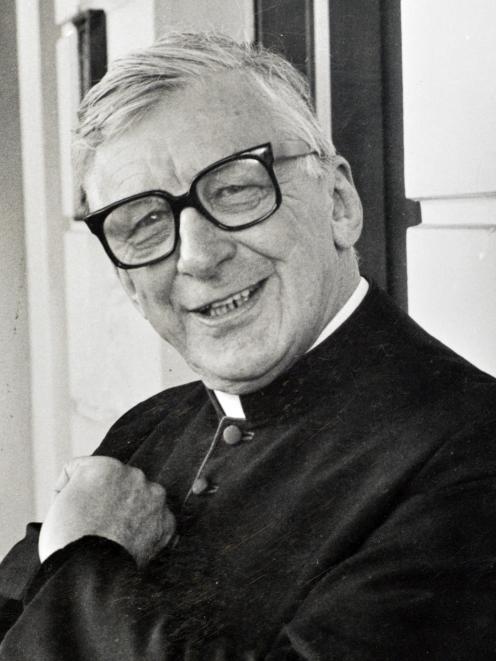 Dunedin Bishop John Kavanagh, after whom the school was named. Photo: Supplied
A long-serving Dunedin barrister and Catholic education figure has added his voice to calls for Kavanagh College to be renamed.

David More, a barrister for 50 years and a member of the Catholic Church, was also the former chairman of St Mary's Kaikorai - a Catholic school - in 1989, when restructuring led to the creation of Kavanagh College.

Mr More said the choice of Kavanagh as the name for the new coeducational college had been the "wrong decision" at the time, and still was now.

Bishop John Kavanagh had played "an important role" in Catholic education in Otago and Southland, including establishing St Peter's College in Gore and renaming the Christian Brothers' High School in Dunedin as St Paul's High School.

The aim was to have two principal Catholic schools in the region named after "the two greatest apostles", Mr More said.

But, following Bishop Kavanagh's death in 1985, restructuring in Dunedin resulted in the amalgamation of St Paul's High School and Moreau College, a Catholic girls' school.

Rivalry between the two schools, including among staff, meant a new name was needed. Kavanagh College was chosen.

Mr More believed the name should have been St Paul's College, "to retain the original concept".

Now that "the dust has long since settled" on the old schools' rivalry, the time was right to rename Kavanagh College as St Paul's College, he said.

There was also no need to delay any decision until after a Royal Commission or independent inquiry, he believed.

"This should be done now, regardless of any subsequent findings as to whether Bishop Kavanagh was derelict in dealing with the abuse of children by priests during his time as bishop."

Despite that, Mr More said his support for a name change was not motivated by concerns about Bishop Kavanagh's character.

"My recollection of the bishop is that he was essentially a good man. If he covered up the abuse by priests, then he was reflecting the attitude of church leaders throughout the world at the time."

His comments followed months of revelations highlighting the extent of historic abuse within the Dunedin diocese, much of it under the watch of then-Bishop Kavanagh.

The revelations prompted ex-pupils of Kavanagh College to organise a public meeting and petition the school to change the name, arguing it traumatised victims and no longer matched the school's values.

On Wednesday, Dunedin Bishop the Most Rev Michael Dooley deferred any decision, saying he needed more time to "seriously" consider a name change.

He was "hoping and praying" churches were included in the upcoming Royal Commission into historic abuse, allowing an independent statutory body to investigate Bishop Kavanagh's actions.

Alternatively, Bishop Dooley said he could launch his own independent inquiry.

Mr More said there were "two compelling reasons" why religious and other private institutions should be part of the Royal Commission.

Limiting the inquiry to State-run institutions was a "fundamental misunderstanding of the role of the State", when the Crown was "parent of the country".

"All abused children were in need of protection from the State, regardless of whether the abuse occurred in State or privately operated institutions."

He also dismissed the merit of any parallel church inquiry, saying it would "breach a fundamental principle of natural justice that no person can be judge in their own cause".