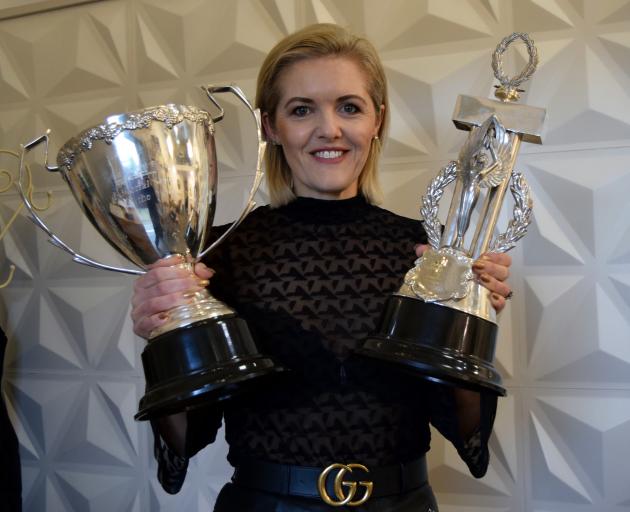 Moha Hairdressing co-owner Kylie Hayes displays two of the six trophies she won at The Industry Awards — editorial stylist of the year (left) and the Derek Elvy visionary award — in her salon in St Kilda yesterday. PHOTO: SHAWN MCAVINUE
Dunedin stylist Kylie Hayes is dedicating her win at a national award ceremony to ‘‘hardworking mothers and incredible husbands’’.

The co-owner of Moha Hairdressing took home four awards from The Industry Awards at Te Papa in Wellington on Sunday last week. 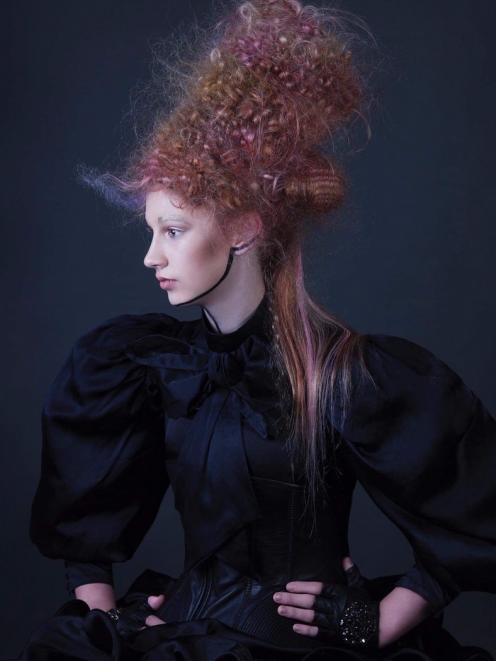 The image of an avant-garde hairstyle, modelled by Dunedin teenager Blaise Perry, which won stylist Kylie Hayes the Derek Elvy Visionary Award at The Industry Awards in Wellington on Sunday. PHOTO: ROSEANNE DONALDSON
‘‘It’s pretty special,’’ she told The Star in her salon in St Kilda.

She won the Derek Elvy Visionary Award for a photo entry of the avant-garde hairstyle modelled by Dunedin teenager Blaise Perry.

‘‘She is a such a natural in front of the camera — she’s beautiful.’’

Mrs Hayes was recently named a finalist in the International Hairdressing Awards and will attend a ceremony in Spain in February next year. She will represent New Zealand in the Wella TrendVision competition in Sydney in January next year.

‘‘I remember being told by my principal ‘you are throwing everything away — you could be anything you wanted to be’ . . .I have a pretty exciting career — I get to travel the world.’’