Near misses at blind corner 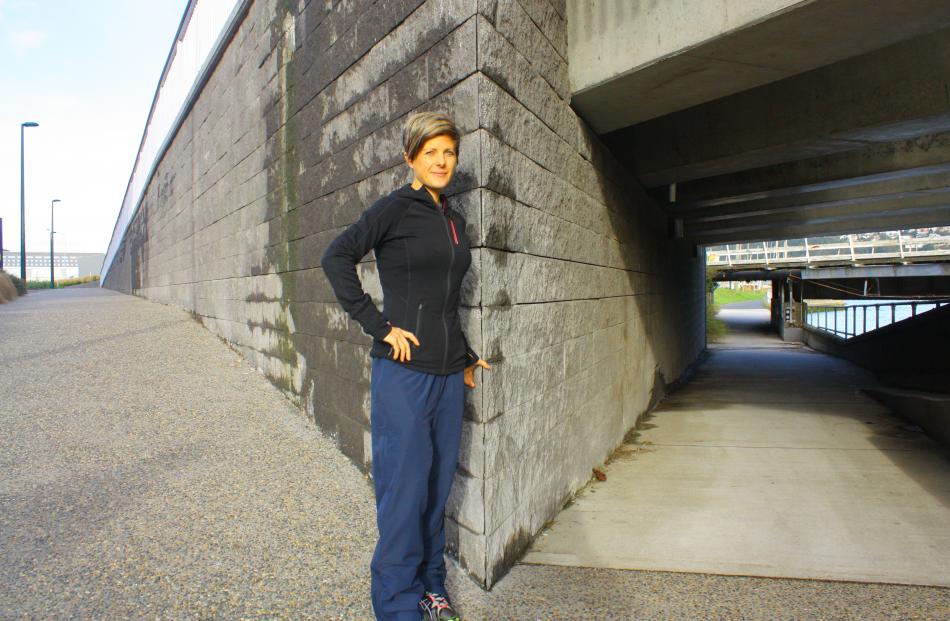 Chalmers Community Board member Mel Aitken stands on the blind corner on the cycle/walkway. Mrs Aitken said she had heard from people who have had near misses on the corner and she also has three or four in the last month. Photo Tim Miller.

There is concern that someone using the Harbourside walk and cycleway could be seriously injured because of a blind corner.

The concerns are about a corner on the underpass near the Leith where the angle of the corner makes it difficult to see what is coming.

At the Chalmers Community Board monthly meeting, board member Mel Aitken told the board she had received complaints about the safety of the underpass and she had also experienced it herself.

''We want to encourage people to use the cycle and walkway but there's just a turning point on the underpass near the stadium which makes it hard to see what is coming the other way.''

Mrs Aitken said she used the path almost every day and she had had about four or five nears misses in the past month.

If a mirror was installed which showed people what was coming the problem would almost disappear, she said.

''I wouldn't be surprised if someone did get hit and injured on the corner.''

The angle of the bend meant cyclists and pedestrians could not see around the corner to check what was coming in the opposite direction, he said.

Those options would be reported back to the Chalmers Community Board at its April meeting, he said.