Need for community to embrace 'this wee theatre' 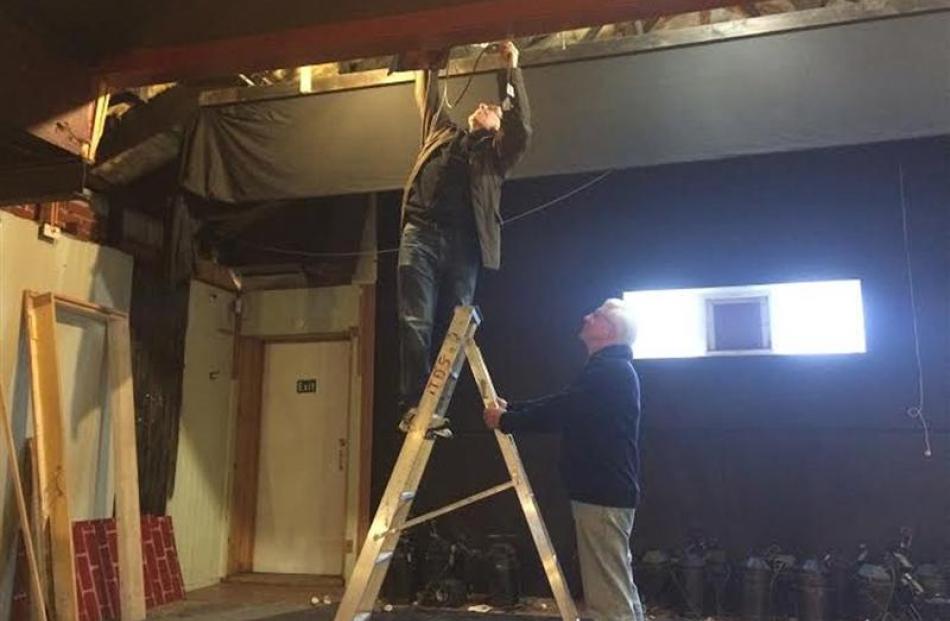 Doug Leggett holds a ladder for Keith Richardson, who is removing lights. Photo by Thomas Dunn.

The stage of the Fire Station Community Theatre is being transformed.

''Completely stripped'' for refurbishment, it would be rebuilt before a new curtain, proscenium and lights are fitted.

Taieri Dramatic Society secretary David Thomson said the society had raised $12,000 from community grants and donations, and needed to fundraise about another $6000.

A quiz night will be held at the RSA in Mosgiel on August 25 at 7pm to raise money.

The community needed to embrace its theatre, Mr Thomson said.

''This wee theatre has struggled so long with no community interest.

''We need to get the Mosgiel and Taieri area interested,'' he said.

Mr Thomson is enthusiastic about the ''boutique theatre'', whose revamp will be finished by October, when another theatre group is likely to book it for a performance.

Mr Thomson said the heat pumps were mistakenly turned off at the society's last performance, leaving many audience members in the cold, and that would not happen again.

Last year's performance of Dad's Army had been well attended, and the society was keen to replicate its success.

''We need to get more people to recognise the fact that we do quality drama.''

Work has been under way for six months. Mr Thomson said the wardrobe had had a complete overhaul. Part of it had moved from the mezzanine floor to what were once the men's dressing rooms.

''With this move the mezzanine has become the green room and meeting room,'' he said.