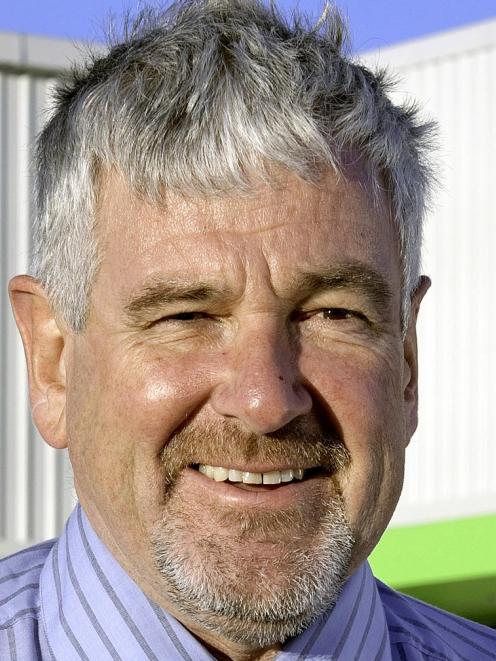 Brent Esler
About 100 Farmlands staff in Dunedin face an anxious wait after the company yesterday proposed consolidating its administrative and support operations in Christchurch.

Many roles are likely to be shifted from Dunedin, and those affected face the prospect of moving to Christchurch or seeking other employment.

Dunedin staff were informed of the proposal yesterday and have two weeks to submit feedback.

A final decision will be revealed on March 17.

Farmlands chief executive Brent Esler said the co-operative had about 150 staff in Dunedin, two-thirds of whom worked in administrative and support roles.

It was those jobs that were addressed in the proposal, which followed Farmlands' decision last July to base its new executive in Christchurch, as part of streamlining the merged business into a single entity.

Farmlands has three corporate centres - in Christchurch, Dunedin and Hastings.

The Otago Daily Times understands Dunedin could lose some of its support divisions to Christchurch, and that all support work will be moved from Hastings.

Implementation of the proposal, if adopted, would start in a few months and be completed by the end of the year.

Mr Esler yesterday would not discuss the proposal in detail while it was subject to staff consultation, but told the ODT there was nothing in it which indicated all of the about 100 Dunedin roles would be abandoned or shifted to Christchurch.

''Some [of the Dunedin staff] could be impacted by this proposal, which is in general about consolidating some of our operations,'' he said.

A statement released by Farmlands said the change would help save the company about $16 million over three years.

It resulted in a nationwide farm supplies co-operative with 54,000 members, more than 1000 staff, 47 stores in the North Island and 31 in the South Island.

The merger was expected to deliver net benefits of $38 million in the first three years, of which 42% (about $16 million) would come from business system changes.

Since being established, the new Farmlands executive had considered how to optimise the efficiency of its back office and support functions, which led to the proposal put before staff yesterday.

That included ''removal of duplication'' in business systems and resources, the company said.

Last year's merger was approved by CRT shareholders, after the board recommended they support it.

In November, Farmlands released its first annual report since the merger, recording turnover of $2.17 billion in the year to June.