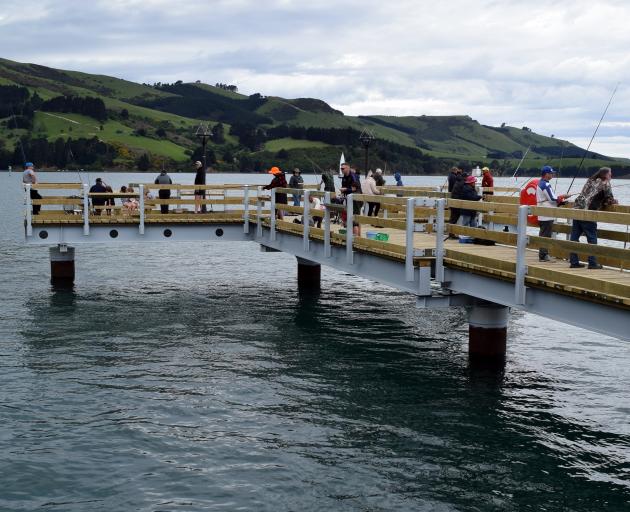 A giant crane was brought from Christchurch to manoeuvre the sections of the $1 million, T-shaped wharf into place in 5m-deep water in the shipping channel.

Although access to the jetty has not yet been completed, keen anglers are already flocking to it to give it a try - and catching plenty of fish. 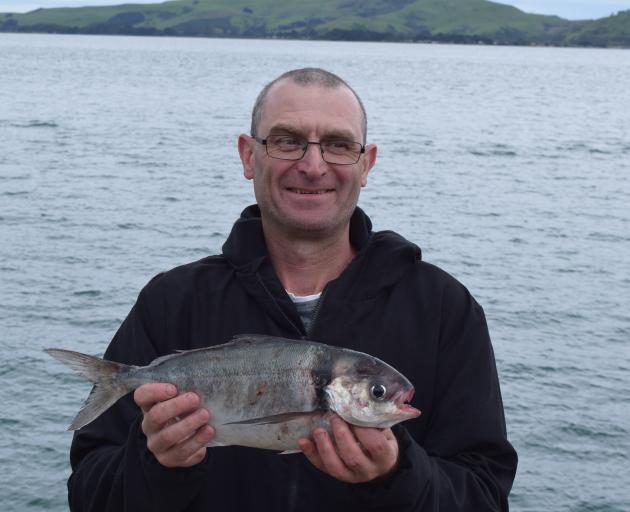 Michael Hunt with a warehou he caught from the Boiler Point fishing jetty. PHOTO: SHAWN MCAVINUE
When The Star visited the jetty on December 8, more than 30 fishers, young and old, were trying their luck.

Michael Hunt, of Dunedin, said he caught a warehou from the jetty after two hours’ trying on Sunday morning.

The only improvement the jetty needed was a public toilet nearby because it was a popular fishing spot for families with young children, he said.

John Perry, of Sawyers Bay, said the jetty was ‘‘pretty good’’ and he had already caught two salmon from it, one of which was more than 3kg. 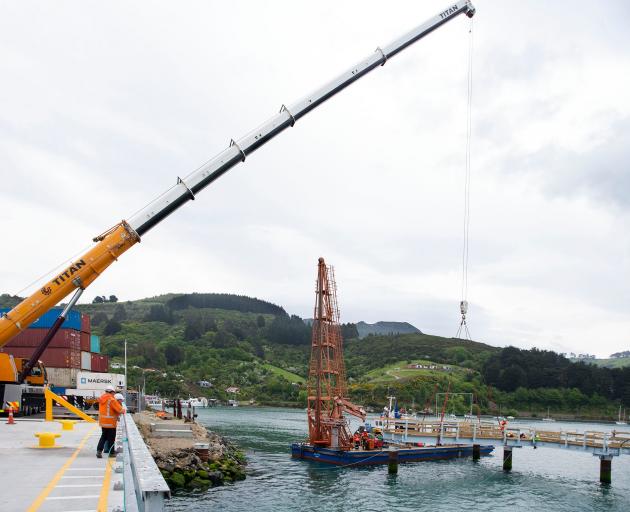 A giant crane manoeuvres sections of the Boiler Point fishing jetty into place during its installation last month. PHOTO: BRIAN CORSON
Port Otago chief executive Kevin Winders said although there was still some work to do on the walking track, car park and landscaping, it was nice to see the jetty being used by the community.

‘‘Once all the work is completed, the jetty will be accessible for everyone, including wheelchair users,’’ he said.

While he had not yet personally dropped a line into the water at the Boiler Point fishing jetty, members of Port Otago’s staff had reported enjoying taking their families there, he said.

‘‘And people have been catching salmon and blue cod, which is great.’’

Given Port Otago periodically disrupted the community when it took on significant projects, it was ‘‘nice to be able to give something back’’, Mr Winders said.