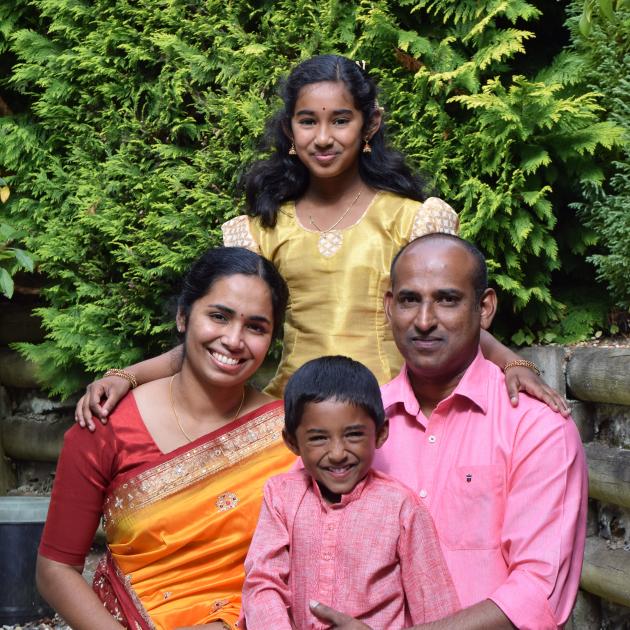 Joby Joseph and his wife Anu, and daughter Serah, of Helensburgh, became New Zealand citizens with nearly 70 other people at a ceremony in the Dunedin Centre this week.

Mrs Joby moved to Dunedin from Kerala in South India by herself in September 2010.

She studied English and nursing as her husband worked as a gym equipment technician in Dubai.

The couple's then 9-month-old daughter remained in India, cared for by her grandmother.

Mrs Joby said being away from family was "hard'' but Dunedin people were welcoming.

She coped by calling her family daily on Skype.

Mr Joseph moved to Dunedin in November 2011. He enjoyed his first five months in Dunedin and travelled to India to collect his daughter.

Joseph was born in Queen Mary Maternity Centre at Dunedin Hospital in 2014 and the family bought a house in Helensburgh in 2016.

Mrs Joby has worked as a nurse at Dunedin Hospital since June last year after having working at Little Sisters of the Poor rest-home for six years.

Mr Joseph was self-employed and owned a CrestClean franchise.

People who had visited New Zealand talked of it being safe, clean and offering a great quality of life.

The colder temperatures in Dunedin were more tolerable than the sweltering heat in India, Mr Joseph said.

The novelty of living in a city were it snows would never wear thin, he said.

When asked what they missed most about the India they responded in unison: ``our family''.

The family tried to get back to India every second year.

"We talk to them every day through WhatsApp.''

Family in South India woke yesterday to find photos on their phones of their family in Dunedin becoming citizens after swearing allegiance and singing the national anthem.

Serah, a St Joseph's Cathedral School pupil, said she knew all the words of the song.

"We sing it at school every day.''