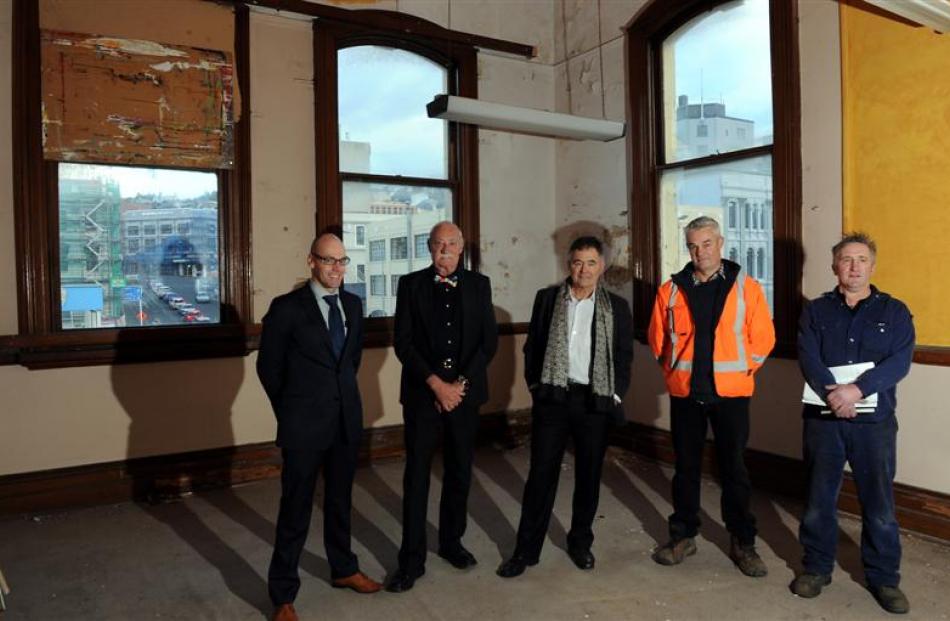 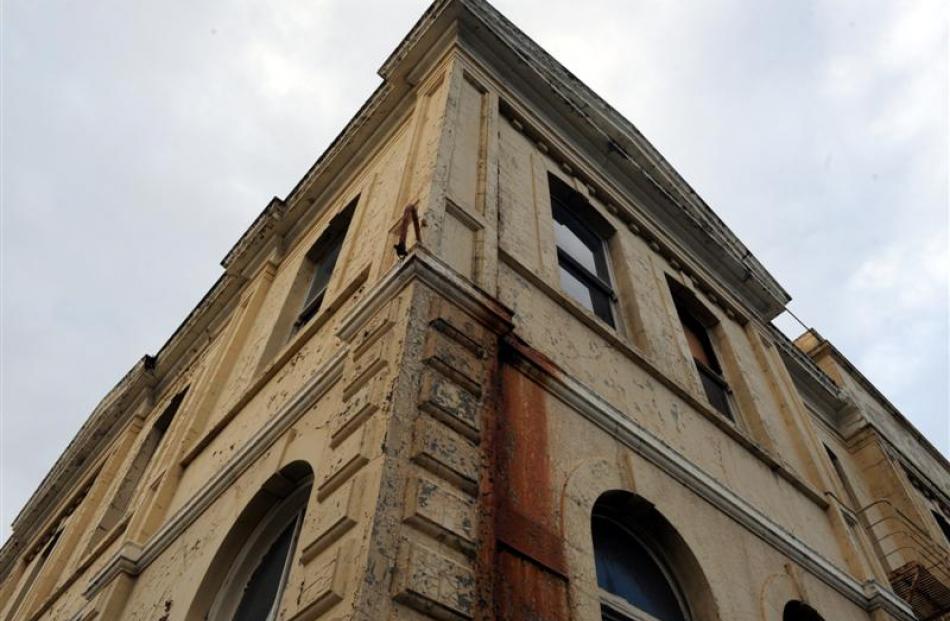 The empty A. H. Reed Building, seen from the corner of Crawford and Jetty Sts, is to be restored to its former glory. 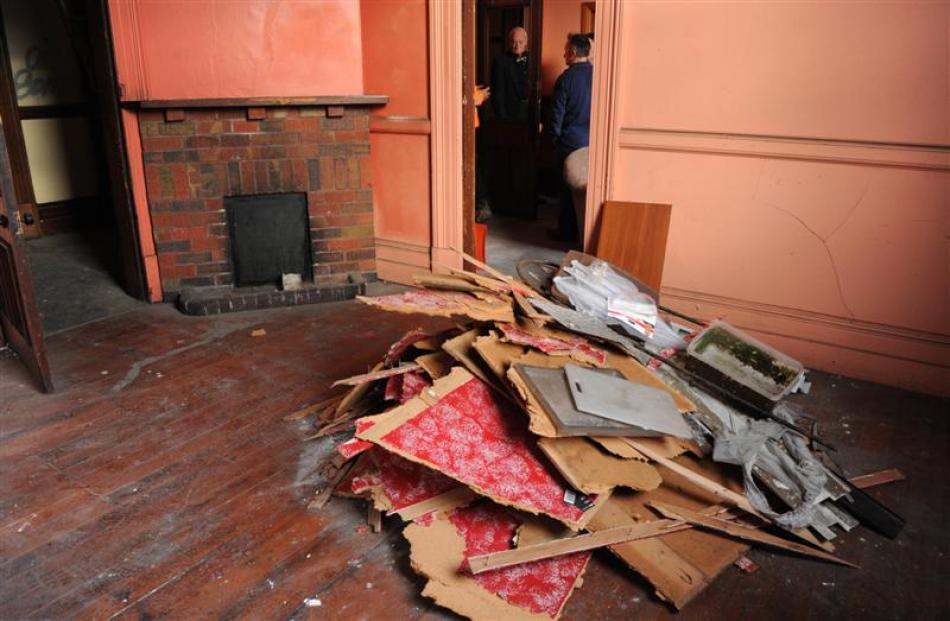 A pile of lining lies in one of the room. 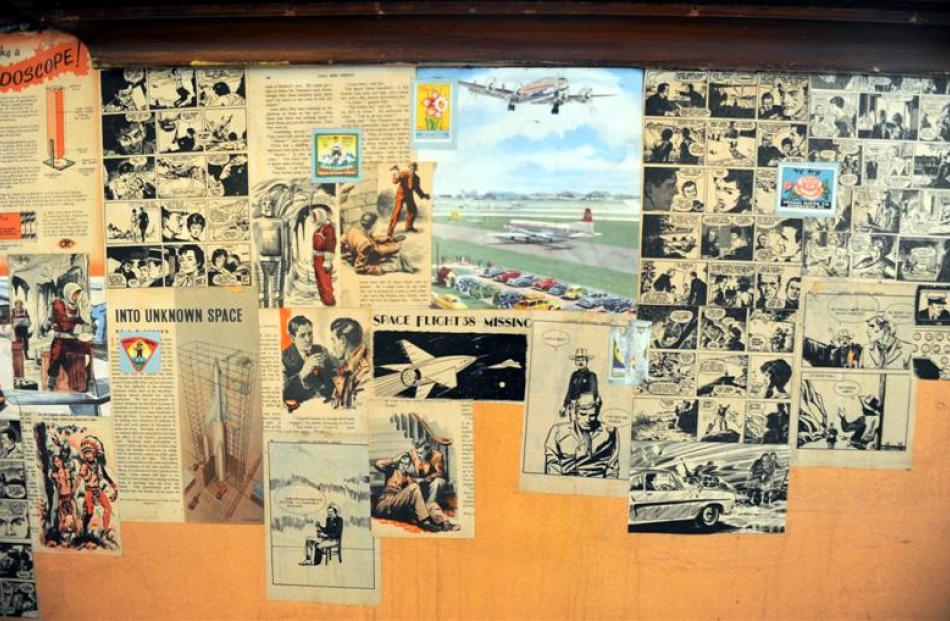 Clippings from comics belonging to a previous tenant wallpaper a room. 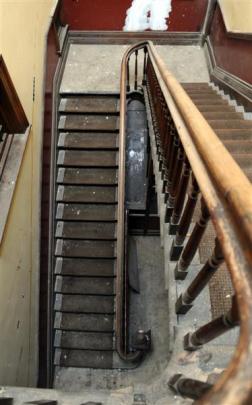 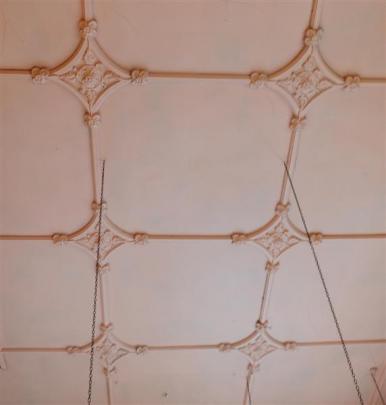 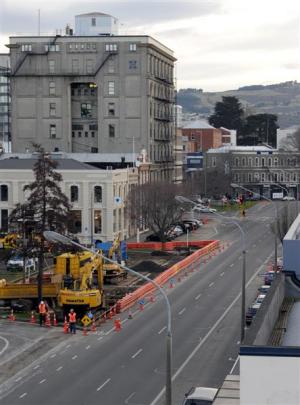 Looking north to Queens Gardens from the roof of the A. H. Reed Building.

A key building in Dunedin's warehouse precinct is set to take on a new lease of life over the next few months, as a new owner moves in.

The A. H. Reed Building, on the corner of Jetty and Crawford streets, has been bought by Dunedin-born, Perth-based businessman Roger Bray, who plans to convert it into half a dozen apartments, possibly some office space and a cafe on the downstairs corner.

Mr Bray's son, Dunedin builder Neville Bray, will manage the restoration of the 120-year-old building over the next six to 12 months.

Roger Bray, who left Dunedin in 1983 and has since lived and worked around the world in a career in the oil and gas industry, said he planned to take an apartment in the building.

There was already interest in a couple of the corner rooms in the building and the plan was to build a penthouse apartment.

He said he was looking for a place to live in Dunedin and when he saw the building, ''I fell in love with the old girl''.

''I was born here, I have family here, I am looking forward to moving back, and this building is beautiful.

The building was bought in 2012 by heritage building developer Lawrie Forbes, who fixed a crumbling exterior wall of the building, using a grant from the Dunedin City Council's heritage reuse fund, and received rates relief, to save it from demolition.

Mr Forbes said he would have loved to restore the building himself, but put it on the market because he had since bought derelict ship Te Whaka and the Athenaeum building in the Octagon, and had enough work for 10 years.

The A. H. Reed Building had also started leaking again.

''If you can't look after or maintain a building properly etc, what's the use?

''I was spreading myself too thin. And it's great to know it's with people who have the skills themselves to make it [the restoration] happen.''

Roger Bray said his purchase was largely thanks to the efforts and support of council policy planner (heritage) Dr Glen Hazelton, who in turn said it was fantastic to have an investor like Mr Bray.

''Lawrie saved it, but it's good that we are not just relying on the same people all the time.

''It's nice to see new people coming in who can also make this sort of contribution to the area.''

Dunedin mayor Dave Cull, who took a tour of the building yesterday morning, said it was ''absolutely stunning'' to have someone so clearly excited and capable of restoring the building.

The Reed Building was a key to the warehouse precinct, where scaffolding could be seen going up in almost every direction around it.

''When I look out the window it's just wonderful the number of building owners prepared to get in and do the hard work.

''I predict this will be one of the most vibrant areas of the city in 10 years' time.''

Roger Bray said work had started on his apartment and while there was some work to do strengthening the building and levelling the floors, he hoped the first rooms would be available for occupation by Christmas.

Initial plans were to paint the building a reddish colour.

The A. H. Reed Building is so named because it was the headquarters of what is now called Reed Publishing, from 1925-40, when A. H. Reed closed the branch and retired.

Before 1925 it was the Otago Education Board building.