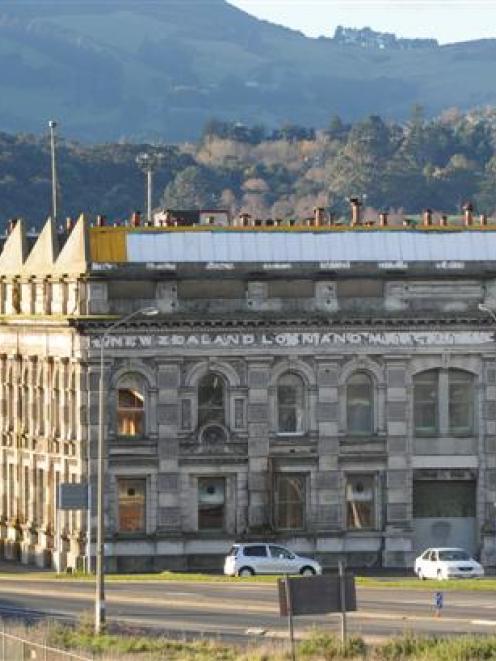 The exterior of the category two, 1872 building will be restored and the second floor redeveloped into a 24-unit apartment complex if a proposed resource consent application is approved, owner Russell Lund says.

''The building is protected so we won't alter the outside to any great degree,'' he said.

While the proposal was a ''fairly major'' redevelopment, the ''guiding principle'' was to reveal and celebrate the harbourside building's historic character, he said.

As well as restoration work on the outside of the building, the proposal would include having windows cut into the second floor of the building on its north, west and east sides.

The resource consent application also proposes the addition of a car park at the building's north end and the demolition of a concrete block extension built in 1965.

Mr Lund said the project had been coming for some time, but Betterways Advisory Ltd's decision not to build a 28-storey hotel on Wharf St created the right ''opportunity''.

''We held off for a couple of years waiting to see what was going to happen to the hotel,'' he said.

''We supported that [project], but there's always an opportunity when things don't happen.''

The Loan and Mercantile building had been untenanted since 1999, he said.

''You can't just have a building sitting empty indefinitely.

''We have been thinking about it [the redevelopment] for a while, but we think the time is right.''

Dunedin City Council heritage policy planner Glen Hazelton was pleased to learn of the proposal, but said he had not seen a specific plan.

''It's definitely going to be great to see that building used after such a long time ... vacant,'' he said.

Its redevelopment needed to recognise it was a ''really important building to the Dunedin cityscape''.

The second floor would contain 11 three-bedroom units and 13 studio units aimed at the ''high-end of the market''.

Mr Lund would not disclose the cost of the proposed redevelopment. He said it was undecided how the ground and first floors would be used.

Work would begin ''as soon as possible if we get resource consent,'' he said.

Mr Hazelton said until the council looked at the proposal it would not know if the consent should be publicly notified.