New Mosgiel pool expected to be ready in 2022 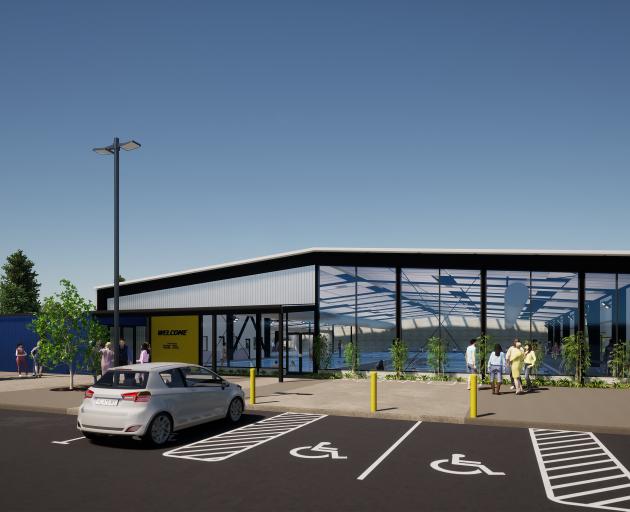 An artist’s impression of the new Mosgiel Pool. IMAGE: MCCOY AND WIXON ARCHITECTS
A new pool in Mosgiel will open nearly a decade after a community trust first floated the idea to the Dunedin City Council.

Bathers can expect to take a dip in the more than $15 million facility from September 2022.

The joint project between the council and the Taieri Community Facilities Trust was first proposed more than eight years ago.

The trust was contributing more than $4 million of the $15.5 million construction cost and the council was funding the rest, Mr West said.

Building was expected to start in June next year and to be completed by September 2022.

Design work had started on the project and included an eight-lane 25m-long pool and others such as hydrotherapy, toddlers’, learn to swim and spa pools.

Other design features included family and accessible changing rooms and a space for community use.

The new pool would be built on land near the current pool site in Memorial Park, and would be open all year round.

The current Mosgiel Pool will be demolished prior to construction commencing, and so the current 2020-21 season will be its last.

Trust chairwoman Irene Mosley said the trust was ‘‘delighted’’ to get the project under way.

‘‘We will now work to complete the last of the fundraising and hand responsibility for the building project to the DCC.

‘‘This is a good outcome for our community.’’

Dunedin Mayor Aaron Hawkins said the complex was a ‘‘wonderful example’’ of how a partnership between the community and the council could bring about the best outcome for the city.

‘‘It will be an important leisure facility built by local people for local people to use and enjoy for years to come.’’