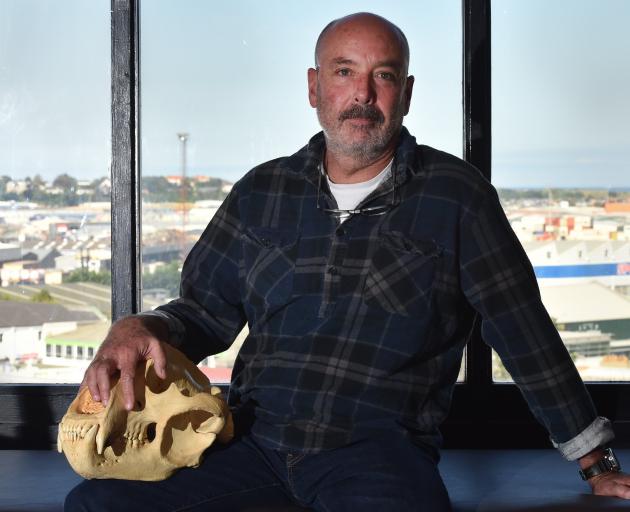 After 17 years with NHNZ and growing sick of a parade of changing owners, Mr Meade left the natural history film-making company five weeks ago during a company restructuring.

"I thought if I’m going to have to slow down, reset and do a restart every time we have a new owner, I think it’s time I stood on my own."

Mr Meade said he was already headed towards starting his own production company when an acquaintance at WildBear Entertainment suggested the idea of a partnership.

The company would be focused on documentary and documentary-like productions for the United States and European market, to screen on the Discovery Channel and the BBC among others, but he would like to pursue New Zealand stories within that market.

Despite making the shows for an international market, the majority of the work would be done in Dunedin, he said.

"It’ll be a Dunedin product when it gets shipped to the US for broadcast."

He said the content produced at WildBear Aotearoa would be similar to his work at NHNZ, but he planned to get into more science programming.

The goal for the company was to produce 30 to 40 hours of television and film, worth around $US50million ($NZ71.5million) in revenue, within three years.

He had started work already pitching and discussing shows, which he would produce.

"When I ring up Discovery Channel and tell them I’m calling from Dunedin, they know where Dunedin is and why someone is calling."

He was the only employee in Dunedin at present, but once he began selling shows would need more staff, he said.

He was confident it would not be long before the company was producing shows.

He was also confident there were plenty of people in Dunedin qualified to join him on the production team when he started that work.

Establishing a production company was similar to starting a factory.

"Our machinery happens to be cameras and editing suites. As soon as there’s money on the table and purchase orders, we’ll start building the factory real fast."

He said having a new company in Dunedin alongside NHNZ made him excited for the future of local production.

"Once you have two production companies, you’re going to end up with three, four, five."