No escape from elements working on prison roof

Whatever the weather, John Meegan has likely braved it while laying a new 820sqm roof on the former Dunedin Prison building.

It is no wonder he is happy to see the main roof complete after 17 weeks.

Ripping up the old roof slates and replacing them with imported Spanish slates was a part of the second stage of renovations on the 1896 building.

Mr Meegan, who is a slate roofer, said it was one of the bigger jobs he had been faced with.

"We have had snow, red-hot days, and cold winds." 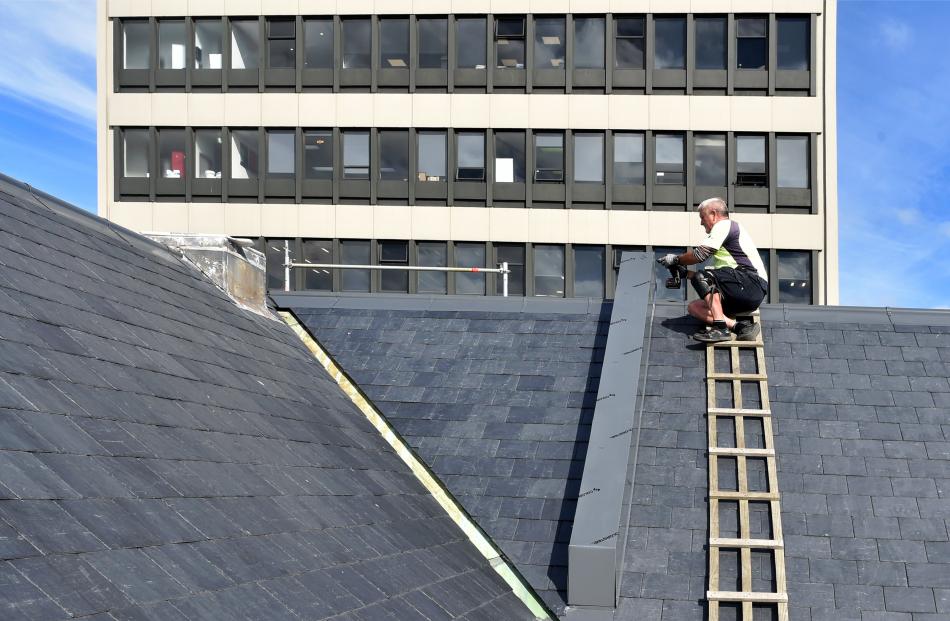 But the final product had made it all worth it.

Next, the plan was to reconstruct 2.8m-high pillars the front of the building, in High St, which were a part of architect John Campbell’s original design and stood until the early 1960s.

Mr Williams said Mr Campbell’s design, a photograph from the 1950s of the pillars, as well as archaeological evidence left on site, meant he could find out how many bricks high the pillars were and predict the size of the Oamaru stone caps.

He hoped the work on the pillars, which will be funded by the Marsh Family Trust, would begin in about a month.

Dunedin Prison Charitable Trust deputy chairwoman Virginia Nicholls said public support had been "phenomenal", and more than $600,000 had been raised for the second stage of renovations.

"It’s particularly ugly at the moment, but when you take away the accretions, what you see is a very elegant and functional design," he said.

"I think it has enormous potential, but we’ve got a long way to go yet.

"This is stage two of what I always thought would be a five stage project."