No leadership role for Vandervis

Cr Vandervis has been given no positions of responsibility in a new-look committee structure determined by Mr Cull.

Mr Cull told the Otago Daily Times he had given Cr Vandervis no responsibilities because he had no confidence he could contribute constructively, nor maintain any of the relationships needed to do the work effectively.

Cr Vandervis warned Mr Cull's decisions did not bode well for a ''respectful or temperate'' council term. The agenda for the council's first meeting on Tuesday, at which new councillors will be sworn in, shows incoming councillor Doug Hall also gained no responsibilities.

Past councillor David Benson-Pope has been appointed chairman of the planning and regulatory committee, with responsibility for lead-up work for the new district plan.

Four other first-termers - Neville Peat, Aaron Hawkins, Mike Lord and Andrew Whiley - have all been given deputy chairmanships.

Cr Vandervis told the Otago Daily Times last night he had a ''short and acrimonious'' meeting with Mr Cull on Tuesday, which ended with Mr Cull saying ''I have given you nothing''.

''Quite frankly, he can be a very rude man for someone who can also be so charming,'' Cr Vandervis said.

He had pushed for the chairmanship of the infrastructure committee after three years as deputy last term, but said Mr Cull told him at their meeting the reason he was not given any responsibilities was because he could not be trusted not to meddle in the operational side of the council.

His view that there was ''a lot more clearing out [of council staff] yet to be done'' was one Mr Cull ''simply could not tolerate'', Cr Vandervis said.

The choice of chairmen from Mr Cull's political ticket, Greater Dunedin, for four of the five main standing committees failed to recognise voter support for other councillors or use in the best way the business and council experience available. 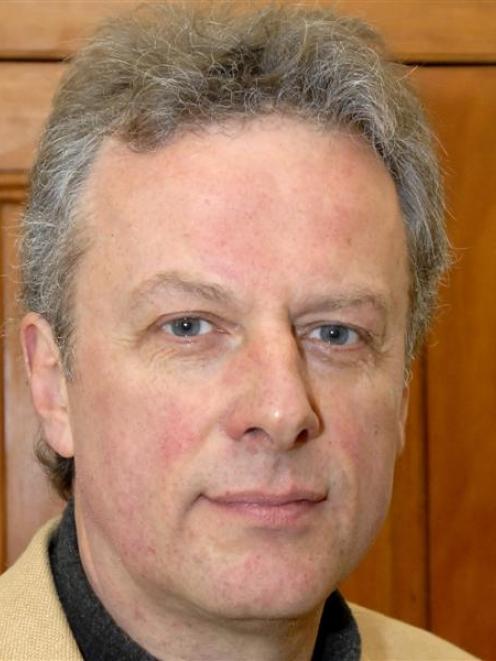 Lee Vandervis
''When the mayor wants to completely sideline experienced councillors in favour of getting a few extra numbers for Greater Dunedin, he's asking for a divided council.''

Mr Cull said he decided on the appointments on the basis of skill, experience, people's interests and their ability to achieve outcomes and maintain positive relationships with staff, without which there was a risk of not reaching any outcomes.

''That's how I divvied them up, and clearly if anybody didn't get a role I wasn't confident they fitted those criteria.''

The number of votes councillors got was irrelevant to doing the job of achieving the outcomes of the council's plans and strategies, he said.

Cr Vandervis had asked him on Tuesday what he intended to offer him, ''and I said `nothing'.''

''Cr Vandervis expressed a number of views about staff and about other councillors, and on the basis of those views I concluded it would be impossible to be confident that he could contribute constructively and maintain any relationships that were needed.''

Cr Vandervis had ended the meeting ''somewhat prematurely'' and before being advised, as all other councillors had been, of the appointments.

No other councillors raised concerns about the appointments and he felt the group would be able to work together.

Mr Cull's main changes to the committee structure were the addition of a committee dedicated to economic development, chaired by Cr Staynes with two deputies, Crs John Bezett and Andrew Whiley, ''to ensure there is enough resource to drive the economic development strategy within the community''; and the removal of strategy considerations from the finance committee.

Strategy matters would now be handled by the standing committee best aligned with the respective strategy.

New subcommittees to deal with risk and audit, and grants, had been formed.

Appointments to most subcommittees were yet to be made.

Mr Cull said he intended to revisit the council's code of conduct and the mechanism by which any breaches were resolved, and increase the number of public forums.

Mr Hall said he was comfortable not holding any positions of responsibility while his conflicts of interest were being worked through, and had agreed that with the mayor.

Ms Calvert, the highest polling councillor at the recent election, said she was confident she had something to contribute to the finance and risk and audit areas.

Asked if she was disappointed not to have gained a chairmanship or the deputy mayor role, she felt there was a ''lost opportunity'' in that the appointments did not reflect the choices voters made.