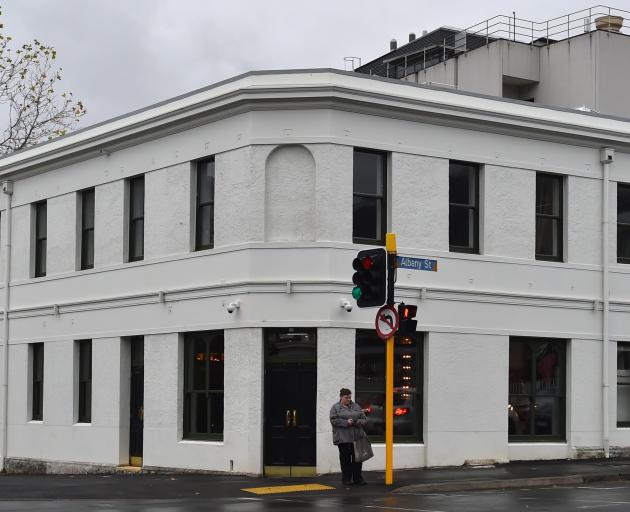 This meant while Mr McLeod's venue, which is housed upstairs, could soon get a new name, the name of the building and the signs outside could remain.

Mr Kennedy said talk of the name change came as a surprise to the owners and there were no immediate plans to discuss changing the building's name.

The name of historic pub and music venue began receiving flak in the wake of Black Lives Matter marches and a global movement to remove public statues as a protest against systematic racism.

Mr Kennedy said he had no strong feelings either way on the name change, but the issue had never come up previously with owners.

He had not thought of Captain Cook as racist and believed he was an "icon of his time".

However, he said he was not fully informed about the topic.

"We support whatever Mike McLeod wants to do with his business."

Mr McLeod previously told the Otago Daily Times he had control only over the name of the music venue, but some reporting has suggested his decision could signal the end of the Captain Cook Hotel name.

"I will have a conversation with the landlords about what they want to do about that, but ultimately that is something for them to think about.

"I know it is a historic building and I do not know if there are any issues there, so I am just changing the name of my music venue," he said.

Beyond ridiculous.
Says he will change the name then won't when the owners of the property get wind of it.

So many of these gestures and capitulations are simply the surface wounds of a wider hysteria amplified by the recent protests across the world. Building names and statues are physical or visual targets within easy reach of the opportunistic protestor. It places building owners and civic authorities in an unfair battle of morals. Simply say no to such pressure. No Westerner today is a perpetrator of historical colonisation. No contemporary Western building owner or Civic body is any more responsible for the past, than say Turkey today would be for the centuries of Ottoman slavery of Africans in the Middle East hundreds of years ago. Undesirable histories dominate all cultures who have subjugated, enslaved or killed others over the course of their respective histories. Why target the West exclusively? This divisive to and fro solves nothing, it simply creates further unrest distracting people from the real issues of building strong cohesive nations.