Octagon to be turned into shantytown for celebration 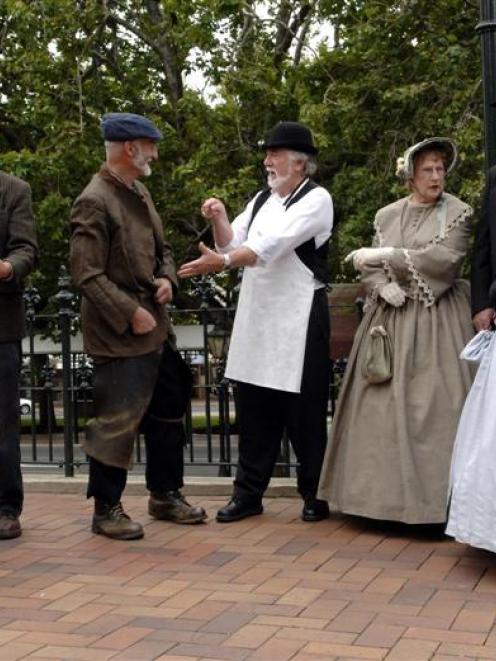 Ready to transform Dunedin's Octagon into a shantytown on Saturday are (from left) Sofie Welvaert, Bill Torr, Michael Childs, Gio Angelo, Wilma Graham, Alex Clark and Lorraine Clark. Photos by Linda Robertson and Gerard O'Brien.
A historic Dunedin bylaw which has never been repealed will see this weekend's 150th anniversary of the Otago gold rush marked in unique fashion.

The "Layers of Gold" four-day celebration will feature a re-enactment of immigrants arriving in Dunedin by tall ship on their way to the Central Otago goldfields.

"There's an old bylaw - which is still in place and has never been repealed - that immigrants going to the goldfields are allowed to camp in the Octagon," Dunedin City Council events co-ordinator Marilyn Anderson said yesterday.

"So, we're going to be turning the Octagon into a shanty town."

About 100 actors from the Globe Theatre will convince the public they have travelled back to the 1860s with miners' tents, a general store and yet-to-be sourced tea shop tent set up in the upper Octagon from 11am to 3pm. 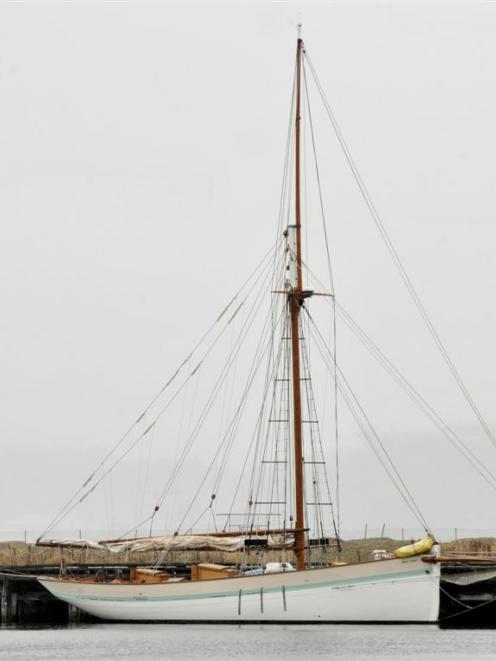 Steadfast waits at the Birch St wharf yesterday for this weekend's "Layers of Gold" Otago gold rush 150th anniversary celebration.
A highlight of the morning will be when the tall ship, Steadfast, with 30 of the actors aboard, lands at Birch St Wharf at 10am on Saturday.

The 18m gaff-cutter tall ship, which is owned and skippered by Laurence Etheredge, docked at the Birch St wharf at 1.15pm on Monday after arriving in Otago Harbour a day early from Akaroa due to a storm.

"It's very, very similar to the ships that delivered goods and people in New Zealand coastal waters and it's going to be playing a pivotal part in the `Layers of Gold' celebration on Saturday. We'll have 30 actors from the Globe Theatre coming ashore at 10am at Birch St Wharf," Ms Anderson said.

"They'll be all dressed up and depicting people coming to Dunedin and the goldfields. There will be everyone from the high-end ladies and the naughty ladies to the kids, pickpockets and ministers. It should be quite a spectacle."

The characters would be taken by a Clydesdale-drawn coach to the Octagon, via Birch, Wharf, St Andrew and George Sts.

"Once the immigrants get to the Octagon, they'll be performing and doing activities."

Steadfast will be taking cruises at 2pm and 5pm on Saturday and at 10am and 2pm on Sunday, followed by a dinner cruise from 5pm till 7pm on Sunday.

"Layers of Gold" celebrates Dunedin's connection with the 1861 gold rush.

The Gabriels Gully 150th Anniversary simultaneously starts in Lawrence on Friday and runs until Monday.