Octagon 'overcrowded and out of control' 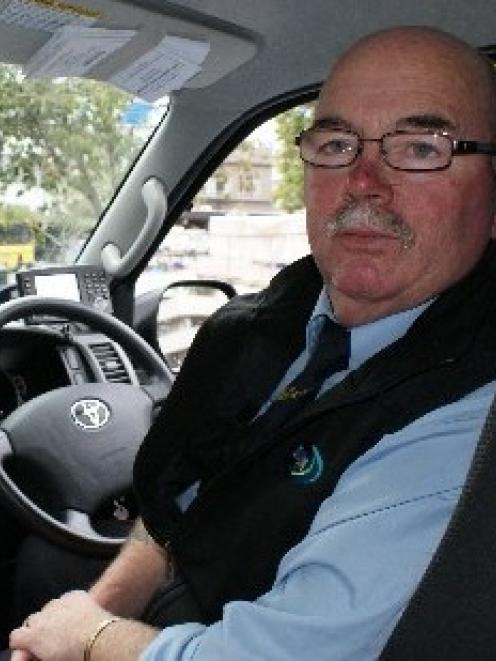 The concerns come after police were forced to close the road in the lower Octagon for a short time on Saturday night after overcrowding caused people to spill over on to the streets.

This led to a meeting between Dunedin-Clutha area commander Inspector Greg Sparrow, Dunedin City Council chief executive Paul Orders and Mayor Dave Cull on Tuesday where they discussed the option of closing off the Octagon on busy nights.

Senior Sergeant Mel Aitken said police brought up the issue with the council because they were concerned someone would get injured if the Octagon stayed open to traffic on busy nights.

"It becomes a huge safety issue when cars still have the ability to drive round the lower Octagon and lower Stuart St [on busy nights]."

Mr Alcock, who is also the Otago spokesman for the New Zealand Taxi Federation, said the Octagon was "overcrowded and out of control" on Saturday nights, which was dangerous for both motorists and pedestrians.

This extent of "drunken thuggery" had made driving through the Octagon on busy nights extremely difficult for taxi drivers, he said"The road blocks off and you try to drive and manoeuvre round them and you get intoxicated people banging on your car or your van.

"A taxi driver going about his duty taking people home should not have to manoeuvre through drunken people."

He said the situation in the Octagon had been compounded by the council allowing so many bars to operate in the area.

Closing off the Octagon to vehicles was not a proper solution to the problem and a better option would be for the council to force bars to close by 3am, he believed.

Closing it off would only cause a bigger influx of people to the area, he said.

The problem was caused by the closure of student pubs in North Dunedin, including the Gardies and the Bowler, which had been purchased by University of Otago.

"It's the fact that the students don't have any pubs to go to any more. In the old days ... we didn't see them in the Octagon."