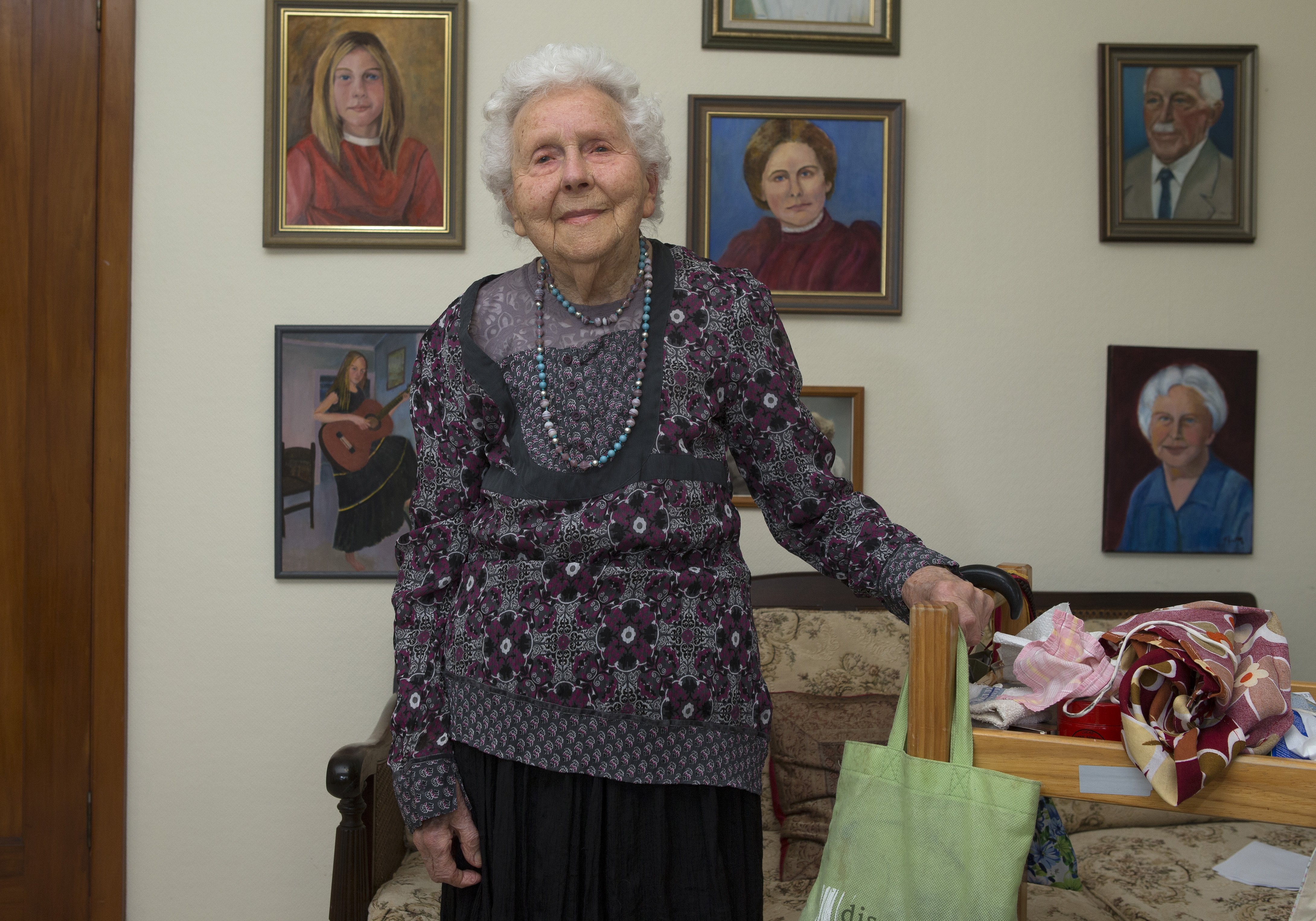 Mrs Anderson has died in Masterton at the age of 111.

Until July last year, she had been living on her own in Upper Hutt, her husband having died in the 1970s.

The move to Masterton to live with her daughter Heather and son-in-law Rob List, 11 months ago, resulted from some health concerns for the then 110-year-old.

Mrs Anderson celebrated her 111th birthday just over six weeks ago, receiving her 12th birthday card from the Queen, and her first from Prime Minister Jacinda Ardern.

Although she would always write back to people who sent cards, her mother had to ask other people to write the replies in recent years because of failing eyesight, Mrs List said. Those problems had also ended her bridge playing when she was 102.

But apart from eyesight and angina problems, she had been in relatively good physical and mental health.

Mrs List and her husband were yesterday frantically organising Mrs Anderson's funeral, to be held today.

"Mum made it clear in her will she didn't want a death notice published until after her funeral because she thought funerals were sad occasions and she didn't want people to feel they were obliged to come.''

But Mrs List believed people went to funerals ``for all sorts of reasons'' and they should have a chance to say goodbye and celebrate a wonderful life.

She would not be asking people not to wear black to what was to be a celebration, Mrs List said. And she would be wearing a red dress her mother had made for her about 40 years ago.

And the coffin would be carried out to the strains of Paddlin' Madelin' Home, a popular song composed and released in 1925, when her mother would have been 18 years old.

She was the eldest of four daughters of John Andrew Orlowski and his Scottish wife Jane [nee Robinson], and a granddaughter of some of New Zealand's earliest Polish settlers, grandparents Franciszka and August Orlowski having arrived at Port Chalmers on Palmerston in December 1872.

After some time in Dunedin, where Madeline started school, the family moved to a farm near Clinton in February 1914. Madeline then went to school in Clinton.

When she was about 11, she had "a terrible accident'', falling out of a horse-drawn gig. She smashed her upper and lower jaw and was rushed to hospital in Dunedin, the fastest transport then being by train.

"She had two massive operations, one each to her upper and lower jaw. But she was fortunate to be operated on by surgeons who had learned from working on men injured in the First World War. She had the advantage of that expertise,'' Mrs List said.

She retained a great love for Dunedin and would visit the city as often as she could, especially when Mrs List was a student.