One of the lucky ones, resident says 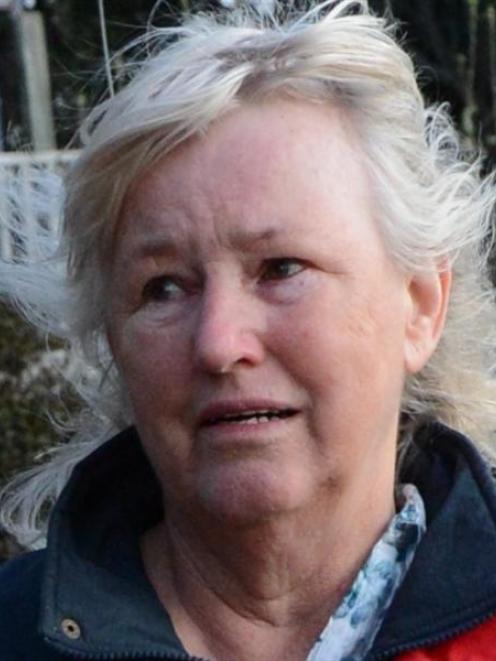 Lyn Evans
One Mosgiel resident whose hedge burst into flame last night says she is ''one of the lucky ones''.

Lyn Evans was told to evacuate her Chain Hills Rd home yesterday afternoon not long before the fire spread across the Southern Motorway to her backyard.

The fire burned through some trees and hedges close to her house and next to a shed, but both buildings were ultimately spared.

''I don't have to trim my hedge at least,'' she joked, looking at the blackened stumps.

Ms Evan's daughter, Maria Bell, drove up from Invercargill when her mother texted her about the fire yesterday afternoon.

Ms Evans was worried about the welfare of her donkeys and horses and after going back to check on her property last night was relieved to discover they had survived.

She packed belongings into a shopping bag and went to sleep elsewhere for the night, at the urging of the Fire Service.

Ms Evan's neighbour, Jess Myers, also decided to sleep elsewhere last night, although her house had no direct damage from the fire.

Miss Myers left her home yesterday afternoon after it was ''suggested that we prepare to be evacuated''.

''We started packing the birth certificates and the stuff that couldn't be replaced,'' she said.

That was when she saw Ms Evans' hedge go up in flames.

''We couldn't see out the window, it was completely filled with smoke. So I yelled `get out!'.''

Both properties remained without power yesterday following an outage in the afternoon.

Miss Myers and her partner planned to sleep in a motel last night because of the overwhelming smell of smoke in their house, and because they were worried the fire might flare up overnight.

Coalstage Rd, near the source of the flames, remained cordoned off last night.